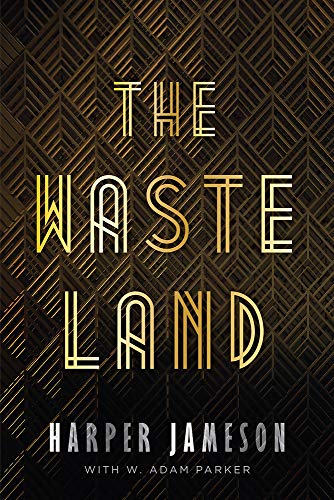 Critics for years have argued about whether T. S. Eliot was a closeted homosexual. There is no “smoking gun,” to use a term charged with Freudian imagery, but there is homoeroticism in some of the major poetry as well as some raunchy homosexual verse in the ribald, puerile Bolo and Colombo poems. Many Eliot biographers have speculated on a relationship between the young Eliot and a Frenchman, Jean Verdenal, whom the poet met while studying at the Sorbonne in 1910. Scholars have also alluded to a liaison between Vivienne, Eliot’s first wife, and philosopher Bertrand Russell. Students of Eliot know that Eliot separated from Vivienne in 1933 and refused to have anything to do with her from that point on. Vivienne was committed to a mental institution in 1938 and spent the rest of her life there.

In her novel The Wasteland, Harper Jameson and her collaborator W. A. W. Parker have taken some facts and speculation about Eliot’s life and first marriage as the raw materials for a melodramatic gay romance. In The Wasteland, named after Eliot’s most famous poem, Eliot, a bank clerk by day and poet by night, has a guilt-ridden affair with Jack, an openly homosexual man in a deeply homophobic society. Eliot is torn between his desire for Jack and his guilt and worry that his homosexuality might destroy his career as a poet.

Enter Vivienne, a barista (actually Vivienne was a governess), who immediately and forcefully sets her sights on Eliot. He marries her out of fear but refuses to have sex with her, returning at night to Jack’s bed. Deeply frustrated, Vivienne turns to their neighbor, Bertrand Russell, who has sex with her, then seduces Eliot into a supposedly therapeutic menage à trois with him and Vivienne. When Vivienne reads Eliot’s journal and finds out about Jack, she embarks on an attempt to ruin her husband’s reputation and career. Ezra Pound tries to make Eliot see that his poetry should come first.

The novel veers from realism to surrealism, with Eliot having vivid dreams featuring characters from his poetry acting as harsh judges. Jameson is obviously trying to capture the dreamlike quality of Eliot’s early poetry. Unfortunately, what is surreal in Eliot’s verse is more cartoon-like in Jameson’s prose. Worse, her writing is filled with doggerel-like forced rhymes that sound more like Dr. Seuss than T. S. Eliot. It would take a better writer than Jameson to realize the kind of literary fantasy she is trying to create.

Eliot was a complex, problematic writer. His reactionary politics, racism and anti-Semitism are troubling even to his admirers. However, he did write some great poetry. He was a complex man who deserves better than this clumsy distortion of his life and work.