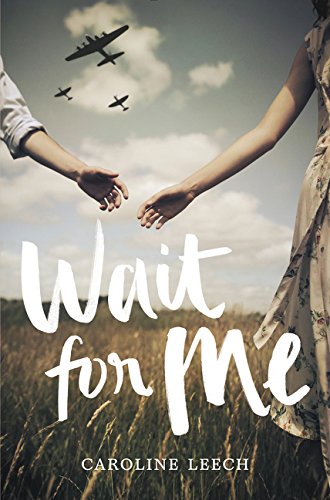 “The story setting and historical era are well researched and believably conveyed in a coming-of-age romance that presents the lessons of war and peace, love and hate, in bold block letters.”

Romeo and Juliet had it easier than Lorna and Paul. Their forbidden love was up against only a family feud, not two nations at war. But Scottish Lorna and German Paul fall in love during the closing days of World War II, and their people are mortal enemies who’ve been slaughtering each other for years.

Lorna’s brothers are in Europe fighting the Germans, and Paul’s home and family have been destroyed by Allied bombs. He ends up in Scotland as a prisoner of war, held in a camp not far from Lorna’s farm. In a program to replace Scottish laborers away in combat, the government distributes POWs around the country to help work the land. These supplement the “land girls”—women recruited from across Britain to fill in the holes while their menfolk fight and die. One of those girls is already installed at Lorna’s farm.

Then comes Paul, a watchmaker’s son turned into a disfigured soldier, forced to work among the enemy on their own turf. Lorna, like everyone in her village (and the country), is appalled and frightened to have their own enemy suddenly underfoot while her countrymen are fighting them overseas.

She soon discovers that not all Germans are Nazis and begins to understand that good people and bad people come from all nations. Fortunately, her family gets that, too, and they welcome Paul while friends, church members, and villagers hostilely reject both him and the family. Lorna gets to see hypocrisy in action, in a dramatic tale for young adults about how the war was sustained by the people left at home.

Emotionally yanked in many directions, Lorna reacts in as many ways. Often she seems to think and feel more like a twelve year old than the almost-eighteen year old she is. This may ring wrong for adult readers, who might expect someone raised on a farm, who lived her formative years during the hardships of wartime, to grow up fast and sensible.

But the author captures the whole wobbly balance of being stuck between childhood and adulthood, and the YA readers the book is aimed at will be able to relate to Lorna’s emotional reversals, missteps, and insecurities.

The narrative pace is snappy; something always happening, sometimes for better but often for worse. Lorna must handle hatred and bigotry among her peers and community, desperate soldiers preying on innocent girls, air raids and food shortages, self-righteous troublemakers and bullies, strange and disturbing behavior within her family—all while attending school, helping keep the farm going, and suffering the heartaches of first love.

Her story is part of an oft-ignored wartime reality. While heroes are off shedding blood, the home crew must carry on in agonizing uncertainty, stark privation, and government-manipulated ignorance, leaving them ill-prepared to handle their men who come home. Lorna, throughout such trials, learns and grows, keeping her core goodness while toughening into a woman of her times.

The story setting and historical era are well researched and believably conveyed in a coming-of-age romance that presents the lessons of war and peace, love and hate, in bold block letters. Although World War II is long over, many of its lessons weren’t learned and still plague us today, making this a timely story in a vintage guise.