The Unseen World: A Novel 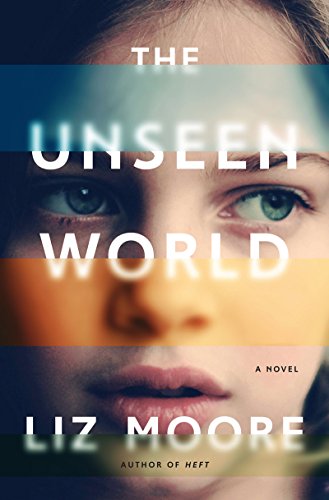 The new novel The Unseen World starts out like the 2014 bestseller We Are Not Ourselves, as the haunting story of a brilliant scientist who develops early-onset Alzheimer’s disease and the devastating impact on his family.

In this case, the scientist is David Sibelius, the director of the computer science lab at the fictitious Boston Institute of Technology, and the family is his daughter, Ada, age 12 when the book begins, a math prodigy herself whom David fathered through surrogacy and who he has been home-schooling.

About one-quarter of the way through, there is a 10-page “mean girls” interlude when Ada is abruptly forced to enroll in Catholic school and is shunned for lacking even the basics of teen etiquette, such as carrying a briefcase instead of a backpack. However, that plot strand—with Ada cowering in the cafeteria, “waiting for the tide of humiliation to wash over her”—promptly disappears. So much for humiliation.

Then almost halfway along the book veers into a page-turning Da Vinci Code—complete with daunting cryptography, minus the religion. During what should have been a routine court procedure to transfer legal guardianship of Ada from the ailing David to his lab colleague Diana Liston, who’s been a sort of big sister-mother to Ada, Liston (as she’s known) reveals that “we have some reason to believe that David might not be who he has always said he is.”

Finally, the book concludes with a 25-page sci-fi fantasy about artificial intelligence, set more than half a century into the future.

Of course it’s fine for a novel to have multiple plot strands. Indeed, a book as long as this one, at nearly 450 pages, almost demands it.

However, those strands should be interwoven in a way that seems natural, starting fairly early in the book. But Liz Moore, the author of The Unseen World, has more or less dumped one book on top of another.

Ironically, each of the two major narratives—the search to uncover David’s past and the story of Ada’s childhood—could make a great novel in itself.

Once she gets going with the mystery tale, Moore deftly weaves in and out of time periods and cities, from Boston in 1983 to Kansas in 1929 to San Francisco in 2009 as Ada and Liston try to unravel David’s true identity with the aid of a quirky, pioneering artificial-intelligence program from David’s lab called ELIXIR. The only false step is a too-convenient secret message from David.

So perhaps the big problem is that Moore should have stuck to her a gripping mystery yarn and spent less time in the beginning describing David and Ada’s insular life. But that tale, too, is fascinating. Ada is basically raised on the floor of David’s lab: “When she was very young she was given antique models of elements to play with. She was given a kit of wooden parts to make up atoms. . . . She was not taught nursery rhymes about geese and kings, but about molecules.”

As for the other two, shorter plot strands, the misfit-in-a-new-school has been written dozens of times, and the sci-fi fantasy is intriguing but too brief to judge as a full narrative.

Another problem is that the writing is often as awkward as the plot structure. Despite so many profound emotional shocks, Moore rarely shows Ada’s actual emotions.

Often, she writes of Ada’s reactions almost scientifically: “She was losing him too quickly, and she didn’t understand why or how. She discussed this with Liston, who had also noticed the change, and the two of them brought David to his specialist.”

Perhaps the four-novels-in-one is testament to Moore’s many talents—she is a musician as well as a writer—and the fact that she is always trying something new. This novel, for instance, is far different from Heft, her 2012 story of two unlikely solitary misfits. And surely it’s to a writer’s credit that she, like a scientist, keeps testing the limits.