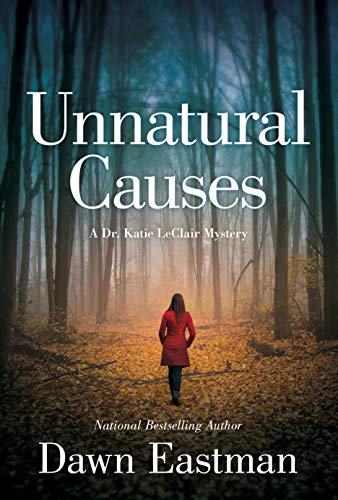 Dr. Katie LeClair has agreed to join the small town medical practice of Emmett and Nick Hawkins in the small town of Baxter, Michigan. After years of moving, schooling, and training, she wants nothing more than to settle down in a place she can call home.

Katie quickly gets to work in building a life for herself in Baxter. But three months into her new employment Katie’s embroiled in controversy when Ellen Riley, one of her patients, commits suicide by overdosing on prescription medication. The only hitch is that Katie knows that she did not prescribe the medicine and is bewildered as to how her name could have ended up on the bottle of pills. Riley’s family is certain that Ellen would never kill herself but police are convinced that suicide was the cause of death.

“It felt like a kick in the gut. Katie had seen many deaths, but Ellen’s felt Personal. She had known and liked Ellen Riley. The tentative friendship that they’d begun had made Katie feel like she might actually fit in Baxter.”

An autopsy changes the whole scenario when it’s discovered that Riley died from an injected overdose of Demerol and not the pills as previously thought. Never been one to stand on the sidelines, Katie joins the victim's daughter in searching for the truth. They both believe this is a case of murder and not suicide.

“It was always a struggle to convey her concerns without violating privacy laws. In the past, not ever saying the patient’s name had been good enough. But in a small town like Baxter, the news would be in the public domain before morning. She focused on the two things that bothered her the most: the idea of the suicide itself and the fact she didn’t remember writing the prescription that led to Ellen’s death.”

Katie soon realizes that her medical training as a doctor although improbable might possibly blend well with the skills needed to solve the mystery of what happened to her friend. As Katie delves deeper and deeper into the case, she uncovers dark secrets that someone doesn’t want exposed.

Overall, Unnatural Causes is a well written mystery thriller which is filled with plenty of suspense, a touch of romance, and thoroughly engaging characters. Eastman’s writing style is smooth and effective, and the plotline effortlessly evolves through numerous twists and turns while keeping the reader guessing right up to the very end.

A highly recommended read, Unnatural Causes will engage anyone wanting a simple straight forward mystery and in Dr. Katie LeClair, Dawn Eastman has created a strong and appealing new heroine to the thriller mystery genre. Dr. LeClair will most certainly have her hands full of potential killers and a cadre of mysteries to solve in novels yet to come.