Under the Mercy Trees: A Novel 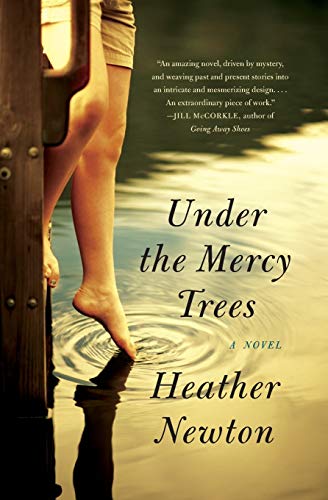 The hardscrabble life of Appalachia is well-explored territory, mapped with notable success most recently by the likes of Tony Earley and Ron Rash. It’s a terrain of harsh contrasts, both geographic and economic, furrowed with troubled family histories and violent grudges.

In this ambitious first novel of disgrace and redemption, Heather Newton walks some well-worn paths through this familiar landscape, but manages to find some undiscovered treasures amid the rusting pickup trucks and crumbling homesteads.

Ms. Newton takes on a couple of formidable challenges for her story of the Owenby clan of Solace Fork, in the mountains of western North Carolina. She adopts a double time-frame, shuttling back and forth between the late 1950s and the Reagan-era late 1980s as she moves a formidable cast of brothers and sisters, uncles and aunts, nieces and nephews through 30 years of their collective history. Four of these characters carry the narrative weight of the story in chapters that alternate among their points of view. Ms. Newton ups the ante even further by making one of these four, Martin Owenby, an older gay man, a daring maneuver both in terms of genre conventions and narrative tension.

Martin is the one Owenby who managed to escape Solace Fork for college and the wider world, leaving his high school sweetheart Liza behind and discovering the sexual attractions he had long kept hidden back home. Martin ends up in New York as a struggling playwright nearing the end of another failed relationship when he’s called back to Solace Fork by the disappearance of an older brother, Leon.

This would all seem to be plenty of material for a novel, but Ms. Newton embroiders the story with beautifully drawn portraits of her other three major characters: Liza, Martin’s high-school love now contentedly married and a high-school teacher; Bertie, married to Martin’s brother James and with a secret from the past; and Martin’s sister, the delicate Ivy, who with her gift for seeing and talking to the ghosts of her family’s past is considered merely a bit strange and unreliable by her siblings.

Ms. Newton has an enviable gift for creating four deeply sympathetic and psychologically complex portraits, all four characters struggling with the shames and regrets of their pasts. Martin seeks to soothe with alcohol his Bible-bred guilt over his homosexuality and his abandonment of family; Bertie’s secret so torments her that she can hardly leave the double-wide she shares with James; Liza is torn between her virile husband and her lingering love for Martin; and poor Ivy attracts not only the disapproval of her living family, but of dead relations as well, including a son who committed suicide.

Given these alternating storylines, it is much to Ms. Newton’s credit that she keeps the main narrative on track as each of these characters participates in solving the mystery of Leon’s fate. Even more credit is due Ms. Newton for keeping her story emotionally balanced, for while Under the Mercy Trees walks a fine line between soap opera, southern Gothic, and trailer park parody, Ms. Newton’s James-like talent for character development and psychological probing saves the day.

Given these challenges, it’s understandable that some of the groundwork Ms. Newton lays remains unplumbed. Although part of Martin’s story unfolds in the New York of the 1980s and the Stonewall riots, there are only passing references to the deadly AIDS epidemic then at its height, or what it might mean to Martin’s own well-being; nor, in the 1950s sections of Martin’s story, are there any indications of the dangers and prejudices gay men faced in those days. And although the realities of Solace Fork hardly come up to Reagan-era “Dawn In America” optimism, we only touch the surface of the economic hardships suffered—which are still very much present—in such rural and underprivileged settings.

But the strength and grace of Ms. Newton’s writing easily overpowers these contextual shortcomings and the occasional genre stereotypes in which she indulges (there is, for example, the conniving, gum-cracking and talentless hairdresser and the morose, taciturn farmer named Zeb). Her story of the redemptive power of love and the strength of family ties succeeds in transcending its native ground and speaking to us all, no matter where our home may be.