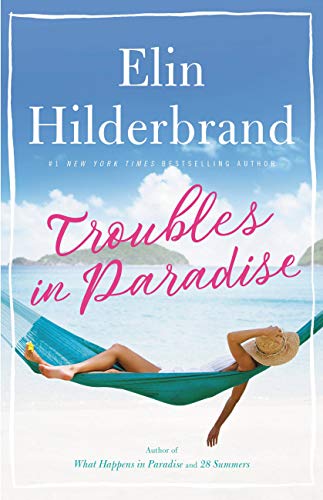 How many who have been forced to deal with a life crisis can start over—and in a tropical setting, no less? Irene Steele’s life is turned upside down after learning

Russ, her beloved husband of three decades, had another family with a young daughter. Irene discovers this when she is notified that Russ perished in a helicopter accident with the pilot and his mistress, Rosie.

Irene settles in Russ's palatial villa in St. John, Virgin Islands, with her two sons, Cash and Baker, and with Baker's son, Floyd. Imagine her shock when the FBI seizes all of Russ's assets, including the villa and their Victorian home in Iowa. Unknown to Irene, Russ's employment handled unethical dealings, which now are coming to light leaving Irene faced with nothing—no husband, no home, and no money. And it appears the crash taking Russ's life and that of his companions may be considered murder and not an accident.

Captain Sam Powers, who goes by Huck, is Rosie's stepfather, and he asks Irene to work with him on his boat, which she loves, but talk about a convoluted situation. Huck and Irene are fond of each other and grandparents to Rosie's daughter, Maia, whom they adore, though Irene is in turmoil. She is angry, but she cannot take out her indignation on a child, and though she trusts Huck, she questions if he knew Russ was married. Meanwhile, needing a place to live and an ear to listen, Huck offers both, which she accepts, temporarily.

Baker, who has been a stay-at-home dad while his physician wife works, is divorcing her after learning she is a lesbian and wants to be with her lover. Gaining custody of Floyd, they are thrilled to move to this tropical land. Previously when in St. John after his father's death, he met a woman named Ayers Wilson, who was Rosie's best friend, and he is drawn to her.

Cash, a ne'er do well son who can't seem to hold a job, loves the island, and the first to meet Ayers, gets a position with her on a fishing boat.

Ayers discovers Rosie's journals and ponders if she should turn them over to the FBI or to Huck or Irene. Her better judgment suggests Huck should read them, and after he does, he gives them to Irene. This causes more heartbreak for Irene.

Irene confronts Huck accusing him of knowing Rosie was with a married man, whom they all called "The Invisible Man" for no one ever met Russ:

Huck says, "'I knew Rosie was dating someone; I asked to meet him, and Rosie was dead set against it. I didn't push. Maybe I should have, but she was a grown woman.'

"'She was living under your roof! She was your—’

"'Daughter,' Huck says, 'Yes, yes, she was. But you have two grown children of your own, Irene. Are you accountable for their actions?'

"'My sons are good people,' Irene says. 'I raised them right.'

"'Rosie made a mistake, Irene, but as the saying goes, it takes two to tango. That affair was fifty percent her fault."

Irene is starting to believe Huck was aboveboard, but after reading Rosie’s journal, her distrust of him escalates to the point where she quits her job with him and moves out of his house.

Huck is heartbroken and wants to do anything to win her back. Ever since Rosie's mother died, he has been lonely, and Irene is the only woman he is interested in. Can he persuade her of his feelings and that they shouldn't be punished for other's mistakes?

A hurricane is in the forecast and while most residents evacuate, Irene’s and Huck’s family refuse to leave with too much at stake. Little were they prepared for the fury and devastation this storm brings, but along with it, Irene ascertains some hard truths, gains a greater closeness with her sons and grandchildren, and understands it is possible to start over after being so grievously wounded.

Irene is a likable, though somewhat naive character. How many women would accept the "love child" of their husband? She seems too blasé about Russ's dealings and relationships, but could she have realized her marriage has been a farce for a long time?

Laidback Huck is the picture of a loving grandfather and hardworking fisherman who knows what he wants and goes after it. Though Baker is devoted to Floyd, he also is young and in love with Ayers. Cash is another story where his immaturity is prevalent, though circumstances change him in a good way.

Huck and Irene's granddaughter, Maia, is the one to feel empathy for as she is caught in the middle of a situation not of her doing, but one that leaves her confused.

What makes this novel compelling is that the primary characters offer their own point of view in differing chapters giving the reader greater insight into each other's thoughts and feelings.

Trouble in Paradise demonstrates how acceptance can come from heartache as well as renewal, romance, with an added touch of suspense and mystery. As usual, Hildebrand's panache for delighting her readers with colorful settings and well-fleshed out and plausible characters offers a very pleasing read.