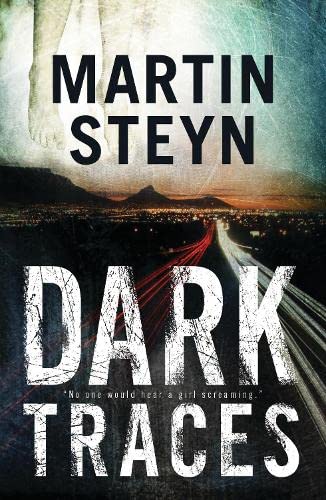 Indie Publisher Catalyst Press launches this fall with a South African crime novel by Martin Steyn that is certain to please fans of hard-boiled detective fiction with unfamiliar settings and likeable but conflicted protagonists.

The decomposing body of 15-year-old Maryke Retief lay on the veld outside a middle class suburb of Cape Town, South Africa. White with long brown hair and green eyes, or they were green before the scavengers arrived, Maryke has been missing a week.

Maryke  vanishes on a sunny afternoon while walking home from a friend’s house. There are no witnesses; no known crime scene; only the girl’s body with evidence of bondage, vicious sexual assault, and hanging.

“I can’t remember us ever having a murder by hanging.” South African Police Service Warrant Officer Colin Menck’s comment echoes his partner’s thoughts. Warrant Officer Jan Magson, called Mags by his friends and colleagues, hasn’t seen such case either, not in all his years as a detective investigating homicides.

But there is another problem other than the unusual method of murder: the pathologist, Dr. Killian, has seen another victim with identical injuries. Sixteen-year-old Dominique Gould also vanished in daylight while walking home. Again, no crime scene, no witnesses, no trace evidence, only Dominique’s body, dressed except for panties and her jewelry, souvenirs for a serial killer.

Some facts are clear to Menck and Mags. The killer has a car to transport his victims. He has a place where he holds the girls captive while torturing and assaulting them before hanging them and dumping the bodies. He is no teenager because the murders are too carefully planned and executed, and he probably lives alone.

“And Magson had recently learned that one who lives alone was more readily drawn to dark thoughts.” Since losing his wife, Emma, to cancer a few months earlier, Mags has had his own dark thoughts: suicide and paralyzing guilt.

In his mid-fifties and not far from retirement, Mags is feeling the aches and pains of his aging body. More than that, he is feeling a distance from his colleagues, from his work. He obsesses on his wife’s death, his estrangement from his son. “She had been the glue keeping him together . . . If only it were possible for things to be the way they had been.”

Mags and Menck find a witness, a gardener no one had thought to question before. He tells the officers that he saw Maryke get into a white car as if she knew the driver.

They find a white car in the school parking lot registered to Cornelius Delport, one of Maryke’s teachers. Better yet, Delport has beern accused of having an inappropriate relationship with a student at his previous school. A search warrants turns up nothing, and Delport is eliminated as a serious suspect.

Another girl is reported missing, but it is a false alarm. Meanwhile all the forensic evidence on Maryke has been processed. The only anomaly is a long blond hair found on the body.

The case is going nowhere. Then Captain Kritzinger orders Mags to see a counselor or he will be removed from the case.. “He didn’t want the case. He would much rather investigate a normal murder . . . But if he did that . . . They were already keeping an eye on him. They had their doubts.”

He sees a counselor, takes his antidepressants, and finds a dog, accompanied by a bag of dog food, on his friend porch. He tells the brown mutt named Rommel, that he can stay the night, but no more—and no coming in the house, rules quickly broken.

Whether it is Rommel or the antidepressants or a combination of both, Mags gradually finds his way back to his life as a warrant officer. He manages his guilt over Emma’s death.

Then Maryke’s mother begins receiving letters written to her dead daughter. “Well, even the devil’s luck can’t last forever, Magson thought. One fingerprint, a thumb, on one of the corners of the latest letter.”

At last, a break in the case, but like other leads, this one leads nowhere, and more bodies of young girls are found on the veld. The nightmare continues for Mags and Menck as lead after lead and suspect after suspect bring the officers no closer to finding the killer.

Dark Traces by Martin Steyn is fascinating and compelling for its unfamiliar—at least, to most American readers—setting, its well-drawn and sympathetic characters, and the totally believable psychopath whose vicious murders are at the center of the plot.

The book is gritty and realistic. Steyn doesn’t soften his descriptions of the scenes at the body dumps, nor of the suffering the victims endured. This is not a novel for those who want the ugly details of sexual homicide glossed over, so reader be warned.

According to Steyn, Dark Traces is based on a real case, but the character of Jan Magson is his own creation, and a wonderful creation he is: human, subject to melancholy, and fallible. One hopes this is not the only appearance of Mags, as he would make an unforgettable series character.