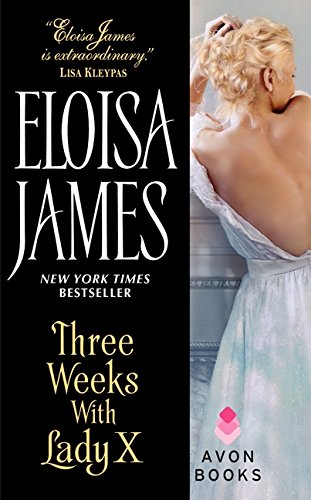 Wealthy and shrewd, yet a bastard by birth, Thorn Dautry decides to marry. He selects a sweet girl of high birth whose family has fallen on tough times. She’s perfect for him, if a bit dull.

But to win over the snobbish mother of his intended, Thorn must acquire a gleaming, civilized façade, including a country estate and all its trappings. In matters of taste and furnishing, everyone recommends the services of Lady Xenobia India St. Clair.

The independent India has turned her knack for decorating and hiring servants into a business. She knows she should accept one of the many proposals of marriage that have come to her. But that would mean retiring from business and taking orders from a titled dullard. As a final challenge, India vows to make Thorn marriageable in just three weeks.

But as the invoices for Thorn’s new furnishings land upon his desk like so many overpriced snowflakes, neither he nor the sharp-tongued India could have anticipated the attraction that explodes between them.

The seventh book in a series first begun in 2007, Three Weeks with Lady X is written in an accomplished voice. Delightfully sassy, the interchange between the not-very-nobleman and the fiercely opinionated daughter of a marquess keep the pages turning. Epistolary exchanges between the two are especially hysterical.

Even better, author Eloisa James brings the plot to a climax to that rare thing in romance—that difficult moment when the reader feels certain that a happy ending is entirely out of the question. Yet Ms. James has enough tricks up her lace sleeves to bring the book to a satisfying conclusion.