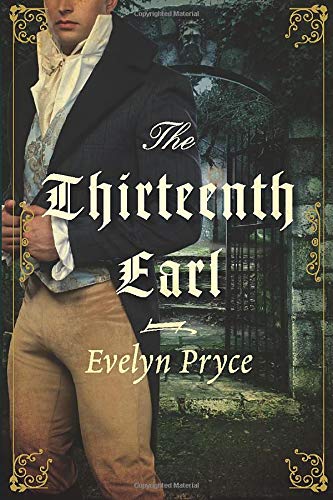 “a man who discovers he has something to live for may have to die to achieve his goal . . .”

Jonathan Thaxton has become something of a recluse, keeping both himself and his father out of the public eye. He’s finally given in to the entreaties of his best friend Perciva to come to the newlywed nobleman’s first house party.

“‘Society has begun to call you The Ghost. Everyone is talking, Jonathan.’
‘You know my father is ill, Percy. The Earl Vane is mad. You have seen him.’
‘Yes, but that doesn’t mean your life is over.’”

The only thing Thaxton wants is to drink and hide himself away . . . until he meets Cassandra Seton, daughter of the Marquess of Dorset.

“This woman was Miles Markwick’s fiancée. That meant his cousin was home . . . It had been a respite when Miles ran away to the wilds. When Markwick—the most grating man Thaxton had ever come into contact with—was around him, they could not stop sniping at each other.”

Cassandra has been engaged to Thaxton’s cousin for eight years, seven of which her affianced has been at his estate in Scotland. Now he’s back, intending to marry her and rebuild his home. Not surprisingly, Cassandra isn’t at all happy about either event.

“‘At first his letters were romantic  . . . Positively lyrical . . . And yet in the past two yeas he seemed to send the same letter . . . Perfunctory, as if I had turned into an obligation . . . Miles does not want to marry me. He needs my dowry to save his estate.’”

She and Thaxton clash, both verbally and physically, and neither comes away unscathed. Cassandra’s opinion of Jonathan is perceptive: “The viscount was an angry man, but in a muted sense. Not the type to get violent but to simmer quietly. He had the air of someone denied something.”

Jonathan’s reaction surprises even himself: “The first time he felt any sort of spark when he looked in a woman’s eyes and it had to be Miles Markwick’s fiancée. The irony of it might have been delicious, if he could taste anything any more.”

A new element enters the picture. Markwick brings a medium to the party. There’s a séance, and a deadly command is given to Thaxton.

“Jonathan Aubrey Vane . . . thirteenth Earl Vane. Heed me. Your father is mad, as his father before him, as you shall be, unless you break the curse . . . End your family line . . . Be the last Vane to hold the title.’”

Torn between actually wanting to obey that order and his passion to free Cassandra from the marriage trap in which she’s snared, Thaxton decides to opt for the latter. His solution to her problem isn’t exactly what Cassie wants, however.

“‘Will you let me ruin you, Cassandra Seton, and therefore marry me?’ He had definitely phrased that wrong. ‘Spend the night with me. I will make sure we are discovered in the morning and we will marry in a blaze of scandal . . . I can handle it. Can you? Will you?’”

With the belief that his cousin and the medium conspire to make Thaxton appear mad so Markwick can claim his inheritance, Percival, his wife, and Cassandra try to determine the how and why of it all to entrap the nefarious cousin.

Through it all, Thaxton’s cup of passion for Cassandra fills and overflows. When he finally bares his soul to the one woman who can understand him, they plot to make Markwick break his betrothal.

“‘I love you,’ he said. “I fear I have not made it abundantly clear, but I love you, Cassandra. That is why I want to marry you, and all other reasons are incidental.’”

Unfortunately, Markwick himself is the one who opens the bedchamber door, and Thaxton finds himself issuing a challenge to a duel instead of a wedding proposal. Now the man who discovers he has something to live for may have to die to achieve his goal.

“A funny thing happened. . . . He found that in imagining his death, he wanted desperately to live . . . his willingness to follow fancy to his own detriment seemed so much easier to excuse before, but now it might get him killed.”

As with author Pryce’s other romance from Montlake, this is a story filled with witty phrases, sensual descriptions, and characters for whom we hope the best. Though at first the participants may seem stock characters—the mysterious nobleman, the jealous cousin, the woman given to one but wanted by the other—they are fashioned in such a way as to make each unique. There are elements to please the reader of any romantic genre—tense conflict, a paranormal touch, a restrained but near-erotic sensuality, and an impossible attraction between opposites.