They Say Sarah: A Novel 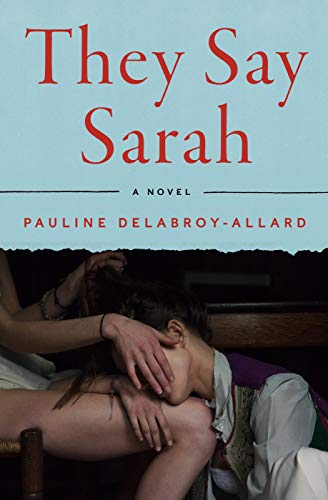 “Skill and craftsmanship ooze from this beautiful novel. It would be a cliché to just say that it’s well written because that wouldn’t do the book full justice. The writing style and layout portray a clever, innovative, and incredibly talented approach by Delabroy-Allard.”

This is simply a remarkable creation by Delabroy-Allard who deserves huge congratulations for writing such a gripping and evocative debut novel. Set in Paris, it captures an engrossing and compelling same-sex love affair between the narrator (name unknown) and Sarah. A love affair that consists of ecstasy and magic coupled with emotional pain and misery in equal measure.

The two women in the story are in their thirties. One is an experienced lesbian and the other is about to discover herself. Together they embark on a journey that sees them fall so deeply in love it becomes suffocating, dangerous, and unhealthy. Guided by fate and destiny, their path leads to a dead-end where there is no turning back, no escape, just separation, grief, and an angst that borders on psychosis.

The narrator is a teacher who enjoys a happy, yet unremarkable life. She is the mother of a young daughter and although she is in a relationship with a man, she often feels lonely and unfulfilled. When she is invited to a friend’s dinner party on New Year’s Eve, it proves to be an evening she will never forget. She meets Sarah, a violinist, who quickly turns her life upside down and challenges everything she thought about the world and herself. From the moment the narrator sets eyes on the loud, gregarious, intelligent, and adventurous Sarah, she is intrigued.

Both women’s feelings are reciprocated from the outset. The narrator becomes infatuated with Sarah and envies almost every part of her body—from her eyes to her toes but particularly her vagina, which she playfully refers to as her “snatch.” This is the first time she has fallen for another woman. She quickly breaks off her relationship with her boyfriend and devotes her life to Sarah. The pair make wild, passionate love at every available opportunity.

Their intense love affair moves along at an immensely fast pace and ranges from being loving and tender to compulsive, volcanic, obsessive, hateful, despising, and consuming. The ferocity of the women’s feelings toward each other forbids longevity, and when the clock of fate begins ticking, both women find themselves in a situation that changes their lives forever.

They Say Sarah is a faultless tour de force from start to finish which gives glimpses of a love that is sometimes dysfunctional, painful, and profound. This is a bold novel, make no mistake; some readers will love it and others won’t. The sex acts between the two women are described in fairly graphic detail sometimes, and this will inevitably stir up internalized homophobia from within the LGBTQ+ community among those who haven’t reconciled with their own feelings towards the same sex. And when that occurs, envy, rejection and criticism often result—even from literature.

Disliking a story and criticizing its writing style are two separate entities. In this case, disliking They Say Sarah would be difficult because the story is so well told. Skill and craftsmanship ooze from this beautiful novel. It would be a cliché to just say that it’s well written because that wouldn’t do the book full justice. The writing style and layout portray a clever, innovative, and incredibly talented approach by Delabroy-Allard. She certainly is a writer of the present and the future.