Tell Me How to Be: A Novel 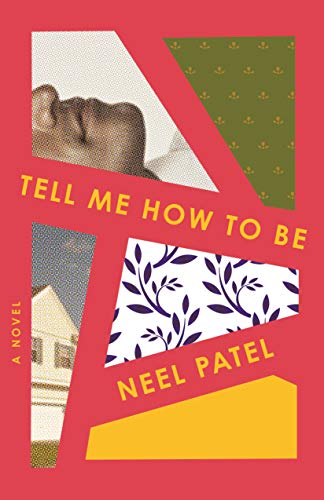 “Tell Me How to Be . . . offers one view of what it is like to be an Indian American in contemporary America.”

We have enjoyed in the past couple of years a number of excellent works of gay fiction, particularly Garth Greenwell’s What Belongs to You, Brandon Taylor’s Real Life, and Bryan Washington’s Memorial. All center on young gay men who feel a lack of connection to their familial or social surroundings. To some extent, this sense of anomie is caused by cultural and/or racial difference.

Greenwell’s novel centers on a young American teacher in Sofia, Bulgaria; Taylor’s on the only Black graduate student in the graduate biochemistry program in a midwestern university; Washington’s on a couple comprised of an African American and a Japanese immigrant. Race or ethnicity doesn’t totally explain the distance the characters feel from the people around them. The novels narrate their search for some sort of meaningful connection—their attempt to discover if such a connection is even possible. Meaning can come from a character’s return to his roots.

Now, added to these fine works, is Neel Patel’s eloquent, touching novel, Tell Me How to Be. Like Bryan Washington’s Memorial, Patel’s debut novel is a follow-up to a critically lauded volume of short stories (If You See Me, Don’t Say Hi). Like the novels mentioned, Patel’s story centers on a gay man but his homosexuality is not his problem. It is merely one aspect of a complex character.

Patel’s novel alternates between first-person narration by a mother and her black sheep son who both feel displaced and who both obsess over memories of a lost love. Renu, the mother, has always felt out of place. Born in Tanzania of Indian parents, she moved to London to study. There she met and fell passionately in love with Kareem but had to break up with him to marry the man her family chose, Ashok, a medical student.

Ashok moved her to a midwestern town much like Champaign, Illinois, where Patel grew up, so he could practice medicine and so they could have a more prosperous life. Renu never felt at home in this American locale even though their social circle was comprised of Indian expatriates. Her love for the man she left behind crippled her ability to appreciate her husband’s devotion or to focus on her two sons. Now Ashok is dead, and Renu is selling the family home and moving back to London. Through Facebook, she has contracted her former lover and dreams of restoring their relationship.

Akash, her youngest son, is an aspiring but penniless songwriter living in Los Angeles. His return home is stressful for his mother and his successful older brother Bilal, because on every family occasion, Akash has gotten drunk and embarrassed the family. He is haunted by memories of racist brutality from some of his classmates and rejection from the boy he loved. Like his mother, he has never totally gotten over his first love. He has come home to help his mother move and to attend the puja on the first anniversary of his father’s death. Once again, he becomes a family embarrassment.

An American woman in Renu’s book club mispronounces her name “Renew,” and renewal is something she and her son need. However, both Renu and Akash have to come to terms with their pasts and past loves before they can move into the future. Renu has to deal with her memories of Kareen before she can appreciate her husband’s unconditional love for her. Akash has to forgive his family, accept his ethnicity and reconnect with his first love before he can move ahead as an artist and a gay man. His songwriting inspiration will not come from the Black and white songwriters and performers he loves but from his Indian roots.

“Tell me how to be” is a phrase that echoes throughout the book, a cry for help and, in the case of one character, a means of renewal. Characters have to learn that “being” means savoring the present and exercising compassion. It is a process, not a goal. Most important, it involves accepting the love of the people in one’s life.

Patel’s well-drawn characters and richly metaphorical style carry the reader along. The first-person narration maintains our sympathy for these closed-off characters who hide festering secrets. Tell Me How to Be also offers one view of what it is like to be an Indian American in contemporary America.