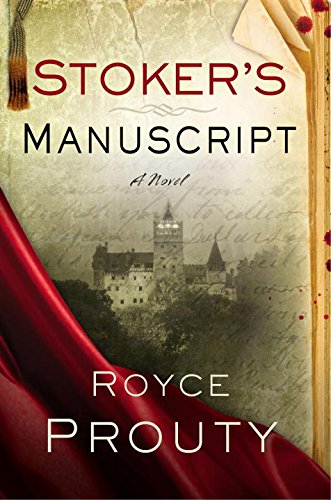 Dan Brown meets Anne Rice in a compelling novel that is both a literary mystery and a macabre thriller blending an analysis of the original manuscript of Bram Stoker’s Dracula and his accompanying notes to a terrifying confrontation with competing leaders of the Undead.

Joseph Barkeley, antiquarian bookseller and expert appraiser of old manuscripts and documents, accepts a commission from an anonymous client to purchase of the original manuscript of Stoker’s classic vampire tale, but only if the prologue and epilogue are included.

Ignoring the warnings from his brother, a Catholic priest, and his friend, an authority on vampires, Joseph travels to Romania to meet his client. “But no matter one’s placement in the Bran valley, your eyes always drew upward to the huge medieval structure sculpted directly out of stone, Castel Bran, otherwise known as Dracula’s Castle and the setting of the original Dracula novel.”

Meeting his client in the deepest dungeon of the castle, Joseph is struck by how much the indistinct figure matched the traits his friend Mara, the expert on vampires, listed as characteristics of the Undead: “. . . the red eyes, the odor, his smelling radius and breathing patterns . . .”

Dismissing his misgivings, Joseph completes his commission, buying the Stoker Manuscript and returning with it to Romania. A Romanian orphan adopted by American parents, Joseph tries desperately to ignore his discomfort at returning to his homeland, putting it down to his increasing fear of his client. Romania is a primitive country and its ancient superstitions concerning vampires are just that: superstitions. “I had overstepped reality’s boundary. That voice you take for granted in your head is your welcome friend . . . right up until the time it has a companion.”

Drawing on the publishing history of Bram Stoker’s original manuscript and its unexplained mysteries, including the fire that destroyed the all the first editions, and Stoker’s decision to delete the prologue and epilogue from subsequent editions, Mr. Prouty creates a compelling novel that restores vampires to their traditional role as horrifying creatures whose natural prey is man.

Mr. Prouty’s description of the Romanian countryside, with its tiny ancient villages and arcane festivals, its suspicious and frightened citizens, and its wild, untamed landscape, only adds to the reader’s steadily increasing unease as their own latent superstitions rise from their subconscious minds.

Perhaps like Joseph the reader is approaching the border of his own reality and is in danger of stepping over it.

Stoker’s Manuscript is poised to take its place beside Bram Stoker’s Dracula as a classic of the horror genre, one that tells the rest of the story of ancient evil and one man’s struggle to defeat it.