The Sorcerer of Pyongyang: A Novel 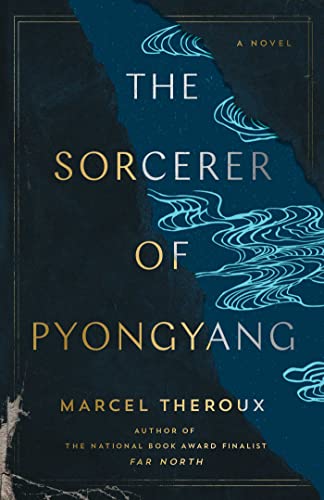 “This book is impressive as a picture of life in North Korea, but it goes beyond that, elevating the story into one that gets to the heart of what is so corrosive about propaganda, what is so liberating about the imagination.”

Marcel Theroux has written a truly enchanting book in The Sorcerer of Pyongyang, something completely unexpected in a novel that takes place in the grim 1990s of North Korea. Jun-su, the main character whom we first meet when he’s ten years old, lives in the countryside with his parents. Like everyone he knows, he never has enough to eat and spends long hours at manual labor, working for his country. But also like everyone he knows, his faith in the Dear Leader is absolute.

“He would have had an unremarkable childhood. . . . He could have been a dutiful son and loyal part of the Kim Il-sung nation.”

But something that seems completely trivial changes the normal trajectory his life would have taken. His father, a junior chef at a hotel, often takes home things that are left behind by guests. On one ordinary, yet extraordinary day, the lost item has been left by a British professor’s son, a book on playing Dungeons & Dragons, the role-playing game where one’s fate is decided by the roll of many-sided dice. Jun-su’s father can’t read English, has no idea what the Dungeon Master’s Guide is about, but he brings the book home and tosses it in a closet, where his son later finds it.

“It was a moment that Cho Jun-su would replay in his imagination for the rest of his life. In years to come, he would joke that it was like a celestial object falling from the sky to be discovered by some bewildered nomad and made the centerpiece of a new religion.”

Jun-su can’t read English, but his teacher can. When the teacher starts making regular visits to help heal Jun-su who has been too sick from a heart condition to leave his bed, a new kind of instruction starts. Teacher Kang uses yut sticks instead of the dice described in the manual, but he figures out the gist of the game, asking Jun-su to create a character to move through a world described by the game’s leader. It’s an entirely novel activity for Jun-su. Storytelling and mythical worlds are new to him. He worries at first that the game is some kind of trap that would prove him to be a bad citizen. But the lure of imaginary worlds takes a hold of him, as they do for countless other young people, eager to invent new identities for themselves.

The teacher has no real translation for Dungeons & Dragon, so he calls the game the House of Possibility, which turns out to be a wonderfully apt name. Jun-su’s health improves, but even more important, the immersion in the House of Possibilities opens up a whole new mental world for him. He truly becomes a different person than he would have been.

“In their world of politicized and state-sanctioned recreation, the House of Possibility seemed magical and liberating.”

The tension throughout the book is whether this is a blessing or a curse—Jun-su uses the gifts of the book to enrich his inner life, but the restraints of the world where he lives makes such free-thinking perilous. Will the book save him or doom him? Besides the risk of being seen as a bad citizen, there is truly a bliss to ignorance. If you blindly accept the lies you’re taught, you never have to think independently. Theroux suggests there’s a comfort in that. Creative and critical thinking can be exhilarating, but they’re also hard work. And can lead one to dangerous places.

Theroux has written a compelling book one that shows vividly how storytelling and the imagination are the sharpest tools to fight repression. Mind control, after all, is what undergirds the repressive government of North Korea. Jun-su isn’t trying to defeat the normal order of things, merely survive within it, but even that is precarious once one has access to the imagination.

This book is impressive as a picture of life in North Korea, but it goes beyond that, elevating the story into one that gets to the heart of what is so corrosive about propaganda, what is so liberating about the imagination. It winds through its themes to land on a deeply satisfying ending, leaving the reader much to think about and savor. Ultimately, Theroux celebrates the incredible magic of storytelling by giving us this amazing story.