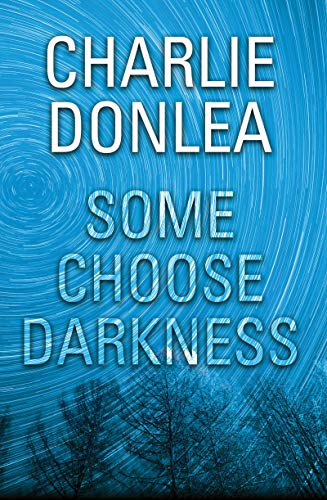 “Donlea’s cinematic style puts readers squarely into the scenes, and his skillful prose takes his work to a higher level.”

Different time periods, different points of view, and characters who don’t fit into neurotypical norms are all bold choices for a bold writer.

The plot hops back and forth between 1979, 1981, and 2019. We experience the story through the eyes of the killer, those who hunt him, those who fear him, and those who are forced to help him.

Two of the point of view characters struggle with autism and mental health issues. These characters are faced with the challenges of dealing with society’s expectations and prejudices along with the difficulties of their own personal demons.

“Angela would forever be aware of the sideways glances she encountered from most of the world, but she took solace in the fact that Thomas accepted her, despite her many idiosyncrasies.”

In 1979, a serial killer finds the noose, literally, tightening around his neck as he’s brought to justice. In the present, Rory Moore—a forensic reconstructionist with a law degree—finds herself forced to handle his appeal for parole.

Despite her honesty, “Sir, I’m not suited for a courtroom. Or parole boards. Or for lawyering, in general,” a judge requires she brush off her bar card to complete the negotiations started by her recently deceased father. Forced into contact with the convicted killer, Rory does what she does best: reconstruct his crimes.

Her reconstruction, augmented with information she discovers going through her father’s records, unravels secrets held hostage for 40 years.

The year 1981 tracks the experiences of Rory’s father, the one-time attorney of record for The Thief, as he was named during his killing spree in 1979.

All of the jumps in time and multiple points of view provide readers with more information than any one character. Because of this, Donlea creates suspense not through wondering what happened so much as what will happen next.

Despite the various point of view characters, Rory Moore is the clear protagonist. She is a compelling character in the vein of Lisbeth Salander and Temperance Brennan.

She’s on the spectrum, extremely bright, and socially awkward, but able to maintain relationships when she wants to. Rory brings her expertise in understanding victims, and the crimes perpetrated against them, to solving the unsolvable. Her quirky thought processes and near eidetic memory make her a formidable, if unconventional, investigator.

Faced with aiding The Thief, she goes down the rabbit hole, following her hunch that the only murder her client was convicted for is the one crime he didn’t commit. She takes his history, and ultimately her own, apart piece by piece, then puts it back together again, whole.

Donlea’s cinematic style puts readers squarely into the scenes and his skillful prose takes his work to a higher level. “The woman reached into the garden, pinched the clippers to the base of the rose, and severed its stem.”

Donlea also does a good job of keeping readers located in time and place despite the complicated timeline and numerous characters. Though sometimes to a fault, as information becomes repetitive when characters reiterate information readers already know.

Donlea’s autistic characters have active roles, not just supporting characters or victims. They have autonomy, skills, and lives more complex than simply being strange women, out of step with society.

The pace might be faster, however, if he relied more on showing us these dynamic characters in action rather than telling us about their challenges.

Rather than taking the well-traveled road of a traditional private eye or writing a straight up police procedural, Donlea upsets story structure and plays with storytelling techniques while simultaneously presenting sleuths we might not have seen before.

Though not every bold attempt is completely successful, Donlea creates an intriguing character in Rory Moore.

Some Choose Darkness ends with enough unfinished threads that the door is open for a sequel. More importantly, Rory Moore is a strong enough protagonist to carry a series. So the final question the novel asks is what will Donlea write next.