The Solitude of Prime Numbers: A Novel 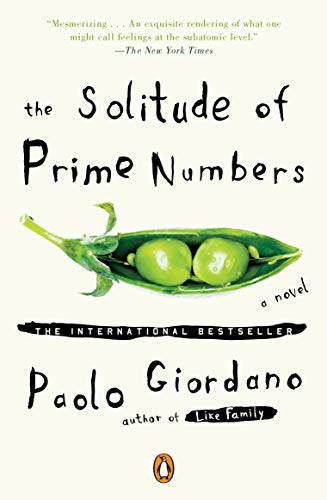 Alienation, teen angst, and loneliness are the themes of this debut novel by the youngest winner of Italy’s prestigious literary award, “The Prima Strega.”

Alice is an isolated young woman with a scar; Mattia is a young genius who mysteriously disposes of his twin sister. These two main characters in Giordano’s work (which has been compared to Mark Haddon’s The Curious Incident of the Dog in the Night Time) grapple with unexplained familial situations that seem to transcend conventional “dysfunction.” The story attempts to construct Alice and Mattia’s lives of isolation, with and without each other, illuminating their eternal alienation from each other and the people who might love them.

The book opens in 1983 in an unspecified place in Italy, and Alice’s background is partially revealed, but only enough to pique the reader’s interest. From there the story jumps forward a year to introduce Mattia in a seemingly innocuous situation where he is on his way to a birthday party of a school chum, taking along his twin sister, Michela. Events transpire that lead to Mattia abandoning his sister at a park and arriving at the party alone. That entire scene demands a lot of the reader’s imagination and leaves the field wide open regarding what happened to the girl, and why.

Next the story jumps to 1991 and again the reader meets Alice in a traumatic familial situation (the mother is has a terminal illness, but details about it are sparse). Alice and Mattia cross paths at last, when Alice’s circle of would-be friends try to fix her up with Mattia at a party. From that point the characters are like two magnets repelling each other, yet unable to stay out of their magnetic fields. Alice knows she’s a misfit; Mattia seems rather oblivious to this fact, and it doesn’t seem to bother him as much.

Somehow, in spite of it all, they do manage to wrest careers and somewhat conventional lives from their unconventional existences. Their lives intermingle, but they’re never really together, and the story rolls by, jumping three to five and more years between episodes, until it reaches an ending that, with consummate skill, the author brings full circle to shadow the beginning of the story. There is a deliberately unresolved issue involving Mattia’s long-lost sister near the end, which provides an elliptical factor. One can only wonder at the different path this story could have taken, had that ending been exploited.

This work of fiction, albeit well written and creatively inspired, somehow lacks the cohesiveness that would have effected a deserving comparison to Haddon’s book. One recognizes at the onset that these misfits (the “prime numbers” that never truly fit with each other) are supposed to meet and, hopefully, connect, but the subsequent events of their intertwining lives somehow begs a leap of faith from readers.

The author’s attempt at bridging the years in Alice and Mattia’s lives leaves gaps in understanding and flow of the story. However, he manages to build enough intrigue with both Alice and Mattia that readers will have a hard time putting down the book before finishing it entirely.

Seemingly innocuous factors (e.g., Alice’s anorexia or Mattia’s attempt at normalcy) actually become major building blocks in the overall scheme. The difficulty in this sort of story presentation—that is, jumping years between the story’s chronology and giving only minimal information—is in maintaining a strong relationship between the reader and the characters, and therein lies the challenge to the reader.

If you like a book that is a jigsaw puzzle of time (think of The Time Traveler’s Wife), this book may be a satisfying read. However, don’t expect the dark humor and precise theme of Mark Haddon’s tour de force. You may be left wondering . . . ”Is this all there is?”