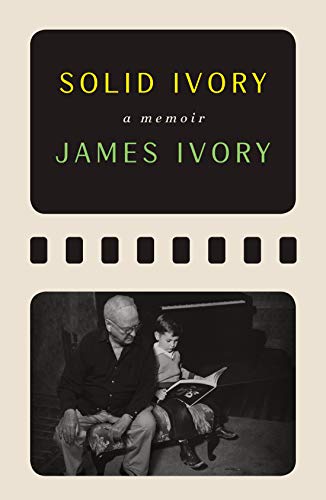 James Ivory, now 93 and no longer making films, is one of the most distinguished American filmmakers of the last half-century. In a career spanning almost three dozen feature films and documentaries, he has moved audiences with hauntingly beautiful and deeply human works such as The Remains of the Day, Howards End, and A Room with a View. Like many independent auteur directors, he worked consistently with a trusted core production team—the producer Ismail Merchant, the writer Ruth Prawar Jhabvala, and the composer Richard Robbins—to turn out gorgeously produced films with a distinctive international flavor.

Their productions are often based on literary works by esteemed authors such as E. M. Forster and Henry James, and consequently have a highly literate character marked by intelligent, sophisticated dialogue that one usually expects to hear spoken by actors on a stage. But Ivory’s films are much more than filmed stage productions. Their fluid camera work and carefully paced editing make them unmistakably cinematic.

Ivory’s status as an esteemed international film director is all the more remarkable when one considers his quite ordinary origins as the adopted son of a well-to-do American couple—Patrick and Hallie Ivory—living in Klamath Falls, Oregon, where Patrick ran a successful lumber company.

The ordinariness of his upbringing is laid out for us in the early chapters of Solid Ivory, a collection of personal essays and reminiscences just now issued. Though called memoirs, the collection reads more like an autobiography, one told in a patchwork series of episodes and thematic segments that do not follow a strict chronological order. Nevertheless, from them one can piece together the story of Ivory’s personal journey as an unashamed homosexual and his career as a filmmaker.

The essays gathered here were originally published several years ago by Ivory’s friend, the writer Peter Cameron, through Cameron’s small independent Shrinking Violet Press. They were issued serially in expensive limited editions of ten copies meant for collectors of rare books. Cameron has edited and repackaged them for this trade book.

In the early chapters, we learn about the ancestry of Ivory’s adoptive parents, his passage through the public school system in Klamath Falls as a socially striving teenager, and his first homosexual encounters with boys his own age, which began when he was about seven years old. Some readers may fail to share his interest in the penises of his schoolmates on view in common urinals and showers, and may flinch at his gratuitous descriptions of oral sex. But perhaps it is to his credit that he feels no need to conceal the pleasure he derives from intimacy. The delicacy of his films, the strong sense of propriety in their characters, is missing in the numerous accounts of his affairs and brief trysts. One feels relief when the story turns to his filmmaking.

Ivory matriculated from Klamath Union High School to the University of Oregon, where he pursued his interest in the arts and gave up his need to be a frat boy. From there he enrolled in the graduate cinema school at the University of Southern California. His Master’s thesis film, an exploration of the urban landscape of Venice, Italy, signaled his interest in fine art and European culture, which became hallmarks of many of his films.

In 1959, when he was 31, Ivory received a commission from the Asia Society of New York to make a documentary film about Delhi. This assignment brought Ivory into contact with an exotic foreign culture that he grew to love. It also introduced him to Satyajit Ray, India’s most prominent director. Observing Ray working with actors and other artists on Ray’s film sets gave Ivory a master class in directing. From Ray, Ivory learned to give the artists working with him a long leash and allow them to be his collaborators.

Two years later, at a screening of his Delhi film at India House in New York, Ivory met Ismail Merchant, the man who would become his life partner and producer for the next 44 years, until Merchant’s death in 2005 at the age of 69.

Merchant had come to New York from Bombay to study business at New York University. A skilled self-promoter, he positioned himself with the Indian community as an advocate for Indian culture and made a short film that was nominated for an Oscar in 1961, the year he met Ivory. He returned to India, and Ivory followed him there.

A writer at MGM had suggested to Merchant during his brief stay in Los Angeles that he make a film from the novel The Householder by Ruth Prawar Jhabvala, a prominent Indian writer. Merchant approached her to obtain film rights to the novel, and asked her to write the screenplay. Jhabvala told Merchant that she had never written a screenplay, to which he replied that he had never produced a feature film, and Ivory had never directed one. Thus was born the creative team that produced Remains of the Day, Howards End, A Room with a View, and many other films. Ivory made his last film in 2009, aptly titled The City of Your Final Destination, a title difficult to display on a marquee.

Ivory does not lay out the story of his long film career and partnership with Merchant in a tidy narrative. Rather, it is sprinkled throughout short essays taken from his life experience, many of them gossipy vignettes of parties he has attended with A-list guests or sketches of notable people he has either worked with or slept with. Prominent among them are George Cukor, Vanessa Redgrave, Raquel Welch, Lillian Ross, Susan Sontag, and the famed travel writer Bruce Chatwin, who became a close friend and frequent sexual partner.

Ivory tells us in more detail than we might wish for about their lovemaking, which took place in locations far and wide. The image of a very fine writer and a very fine director yanking each other off in a dreary house in the south of France might better have been left on the cutting room floor.

Solid Ivory reads very much like a movie, its structure a sequence of scenes and episodes carrying its story through encounters with interesting characters, as in a montage. Ivory is a gifted writer, and his fine sensibility is evident in many passages, especially his description of the lake in Oregon where his family spent summer vacations, and which became for him a source of renewal and inspiration.

“A long lake, but narrow in the middle, so that the opposite side is clearly visible. And not too large in scale with—if one sees it from its eastern side—a perfectly shaped cone of a mountain, artistically placed, you might say, at one end. The cone used to be dotted—again artistically—with patches of bright, clean snow about its summit all summer long. It is a view like that of some iconic Japanese woodcut, starkly dramatic in color: brilliant blue sky, bright blue water of a deeper hue, a broad strip of tall, dark green pine trees along the shore across from you, dividing the composition into halves. Darker hilltops rise behind, leading the eye to the commanding, reddish-brown triangle of volcanic stone that in my lifetime had two names—Mt. Pitt and Mt. McLoughlin.”

Could be a shot from one of Ivory’s films.