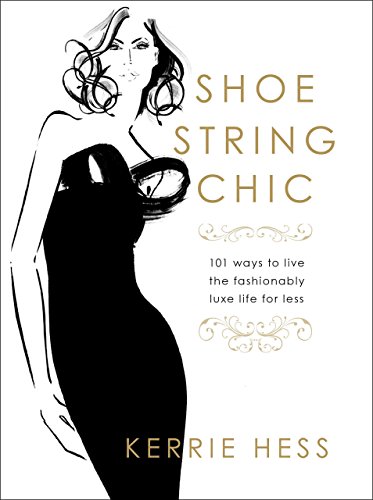 Shoestring Chic should have been a fun and lighthearted look at how to save a buck or how to stretch a buck while keeping your wardrobe up to date, but instead we got a disjointed and almost absurd collection of “tips” and quotes which are only vaguely related to the subject.

First, let’s discuss the quotes which are given “feature status” in the book: the people who are quoted may be known in Australia, but they are hardly known here in the United States, which doesn’t make sense for a book released here that will hopefully count for a substantial part of the supposed sales.

Next up is the fact that around 85 or 90% of the “tips” have to do with wardrobe and apparel, so why bother with the remainder which deals with anything from hotel rates to weddings. Unfortunately, some of these are rooted in Paris, Australia, or New York City. One would have hoped that the author would either do an international guide or stay focused on one particular country.

In this day and age of the Internet and online shopping, recommending netaporter.com as a source of designer clothes is like saying “you can go to Saks” and, well, duh . . . savvy shoppers are well aware of far more cost savings and of finding bargains online other than opting for the obvious choices. There are members-only sale sites, not to mention YOOX and Bluefly, where you can find honest to goodness bargains.

About the only tips that came as a surprise is the one that involved going to Paris to buy a cheap wedding gown, which I guess does not factor in the airfare or hotel or meals and the little known discounter off the Champs Elysées who sells apparel for the whole family. And then there are tips such as “channel Audrey Hepburn” which suggests a short haircut and a printed silk headscarf—NOT! Or this one: going for a drink at one of the most expensive restaurants in Hong Kong where one drink could also buy you a blouse stateside.

In the end one can only ask why: Why would anyone need these tips—especially if you are already considered worldly wise in all things chic?