The Shape of Night: A Novel 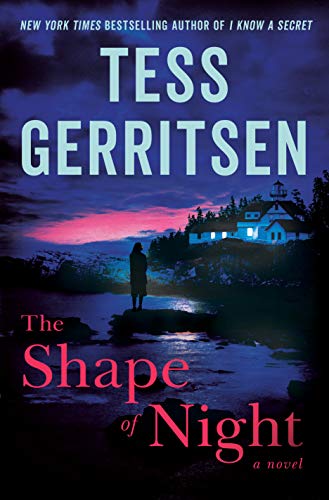 “The Shape of Night expertly blends mystery with romance and speculative fiction.”

Some believe that haunted houses exude a type of dark romance. For guilt-ridden Ava Collette, this is literally true in Tess Gerritsen’s excellent new thriller, The Shape of Night. Gerritsen, best known for her police procedural series featuring the characters Rizzoli and Isles, goes full gothic in this novel, as Ava tries to escape a recent tragedy by moving into an old sea captain’s mansion in small town Maine.

Ava is a food writer having a hard time finishing her latest book. In order to overcome her writer’s block, and to overcome the recent death of her brother-in-law Nick, she decides to rent the former home of Captain Jeremiah Brodie, a reputedly handsome sailor whose ship went down somewhere in Asia sometime in the 1870s. The locals of Tucker’s Cove, Maine, treat the house as haunted, and it does not take long for the ghost of Captain Brodie to start plaguing Ava.

Captain Brodie is no typical specter, however. He makes love to Ava, and he mentally tortures her. He may not even be a ghost, but rather an incubus or a demon. Ava feels repugnance and lust for the ghost, the latter of which can be felt in some of the book’s steamier scenes.

A body (a dead one) interrupts this unnatural love affair. The body belongs to the former tenant of Brodie’s mansion, Charlotte Nielson. The police prove that Charlotte was strangled to death by an unknown killer, and Ava and a local ghost hunter find out that she is just one of many beautiful women who have either died in Brodie’s house or have died after being associated with it. Could Ava be next?

The Shape of Night is, despite its dark reflections, a cozy tale. It is set in and around the familiar trappings of small-town New England, and many of the book’s paragraphs are consumed by recipes and scenes showing the gourmand Ava going to town on risotto, lobster, or a classic beef stew. Even the murder subplot may put minds at ease, for such stories are Gerritsen’s specialty. Still, Gerrtitsen proves to be a natural at telling spook stories.

The one weakness in this potboiler is the conclusion to the murder storyline. The culprit is revealed too abruptly, and the motivations given are simultaneously predictable and opaque. Furthermore, upon a subsequent review of the evidence at hand, the murders described in this book and their coverup run from the far-fetched to the impossible.

The book’s other major subplot—Ava’s internal turmoil—is much better handled. By the end, after a showdown with a ghost and a murderer, Ava reflects on how the house taught her to let go of her secretive sadness: “Here is where I tested and perfected my recipes, where I learned there is no finer condiment than the scent of sea air. It’s where I learned that wine does not cure grief, and when you dine with guilt, even the most tenderly prepared meal is tasteless.” It is hard to think of a better, more appropriate ending for this modern and very domestic ghost story.

The Shape of Night expertly blends mystery with romance and speculative fiction. Better yet, in a novel featuring death and the afterlife, this book is as comforting as a cup of cocoa on a winter’s day or a roaring fire in the midst of an October rainstorm.