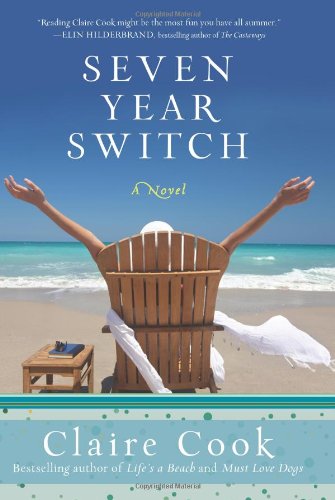 “Author Cook hits the mark by addressing the single mother’s angst, fears, and worries regarding her child as well as herself. The in-depth research into different cultures addressing multicultural menus, exotic places, and unusual events adds flavorful intensity and charm to this enjoyable summer read.”

Jill Murray has had a tough seven years. Her husband Seth left her to raise their three-year-old daughter, Anastasia, as a single mom after he decided he could no longer hack marriage and parenthood. Hurt and angry, Jill manages to make ends meet by working three jobs.

While Anastasia is in school, Jill teaches cooking classes to seniors at the Community Center. Her course, titled “Lunch Around the World,” offers cooking different ethnic dishes at each class. When her daughter is home, Jill plugs into her cell phone answering questions and giving advice for women’s vacations at “Great Girlfriend Getaways,” a business owned by her elder friend and mentor, Joni Robertson. In addition, Jill manages to fit in consulting jobs, which she posts ads for on Craigslist.

Though things are tight regarding Jill’s finances, she is proud she has been able to buy a small home in a now up-and-coming area and can offer her daughter security. Though she cannot afford the remodels and upgrades the new homebuyers in her neighborhood are now performing, she does not let it faze her, and most times it does not—that is, until Cynthia, her obnoxious next-door neighbor unknowingly rubs it in her face.

Jill’s main concern is Anastasia, whom she loves unconditionally. Bitter and unforgiving of Seth’s abandonment, Jill devotes herself to her daughter, and thoughts of dating or a relationship are far from of her mind.

Then she meets Billy Sanders, an entrepreneur who answers her Craigslist ad. They meet at the local Starbucks, and he enlists her skills to launch his bicycle rental business in Japan. Jill senses an attraction to the divorced businessman, and later, she wonders if he will want a second meeting. When he does invite her to dinner, she refuses, determined not to get involved—no matter what her heart may be telling her.

Seth returns without notice, clamoring for a relationship with Anastasia, much to the child’s delight, and much to Jill’s chagrin. Bewildered by her daughter's one-track mind regarding her father, Jill becomes confused and angry. Nevertheless, Jill allows Seth into their daughter’s life only to later learn he also wants to reconcile with her.

After seven years of hard work and sacrifice and now with Seth’s return, Jill decides to attend a girlfriend getaway to Costa Rica, leaving Anastasia in Seth’s care. She is long overdue for a vacation, and needs time to sort out her feelings as to what she wants for her future. What happens there is both life changing and life affirming.

Author Cook hits the mark by addressing the single mother’s angst, fears, and worries regarding her child as well as herself. The in-depth research into different cultures addressing multicultural menus, exotic places, and unusual events adds flavorful intensity and charm to this enjoyable summer read.