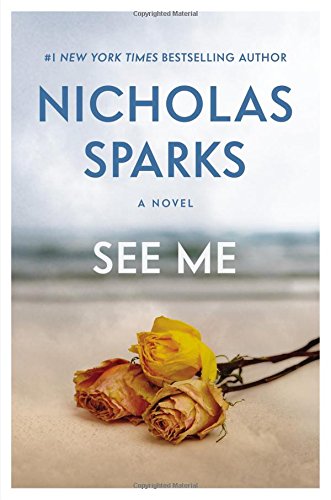 Bad boy Colin Hancock, currently living in Wilmington, NC, is attending college to attain his teaching certificate. Also, he works as a bartender and faithfully goes to the gym. Diagnosed with an anger management problem, he wants to amend his ways, control his tendency toward violence, and become the upstanding man he knows he can be. Colin finds it difficult at times to keep his temper in check, but he understands if he slips up even once, Detective Margolis will delight in tossing him in jail and throwing away the key.

Margolis is a hard-ass and looking for any reason to lock up Colin. This is noted in the following:

".. . . you and I both know you don't belong on the streets. A guy like you? How many people have you sent to the hospital over the years? You're violent, and while you think you can control it forever, you can't. And when that happens, I'm going to be there. And, I'll be the first one to say, 'I told you so.'"

On his way home one rainy night after a fighting match, Colin spots a car off the side of the road with a young woman trying to change a flat tire. Though his face looks like ground meat, he stops to help, nearly scaring her to death. He finds himself intrigued by Maria Sanchez, an intelligent and introverted lawyer.

Colin and Maria become better acquainted, and Colin pulls no punches--no pun intended--about his tenuous past and the trouble he's been in. Maria, raised in a close-knit family of Mexican immigrants, cannot figure out this incredibly handsome and buff man, but she is captivated by him. Colin proves to be a man who, though reserved, is truthful and fights for what he believes in.

Maria's younger sister, Serena, also a student, is in some of Colin's college classes. She urges the reticent Maria to accept a relationship with Colin. He is unlike any other man Maria met or dated before—and not the type of man her parents would consider acceptable for her.

When Maria confides in Colin of being sexually harassed by Ken, her boss. Colin's old way of thinking ignites anger. Maria begs him to lay low knowing one slip could land him in prison. Then after she receives flowers and suspicious notes, her fear escalates, especially when her tires get slashed. Colin believes Ken is responsible and determines to get to the bottom of this, even against Maria's wishes.

Because Detective Margolis is watching Colin's every move, Maria insists they talk to him about their suspicions though he desires to take matters into his own hands. Maria recounts of a past case she handled when she worked in Charlotte, which involved a young woman who was murdered. The victim's family, livid that the killer did not receive the maximum sentence, blamed Maria. The woman's brother, a documented mental patient, threatened Maria, leaving them to believe he is the one responsible for stalking her and sending the notes.

Meanwhile, Colin, now in love with Maria, only wants to protect her and apprehend this nutcase, but he must tread lightly or face the dire circumstances of spending his life behind bars.

The situation comes to a head with Colin right in the thick of things. Will he be able to help the woman he loves or will he end up incarcerated? Will the perpetrator be apprehended and punished for his deeds?

Mr. Sparks once again probes deeply into the male and female psyche, amassing highly intense and profound emotions. See Me is not only a tender, engaging, and heartwarming story, but it displays the meshing of two different and opposite lives that come together to prove that love conquers all. Gripping and riveting suspense adds another layer of depth and interest.