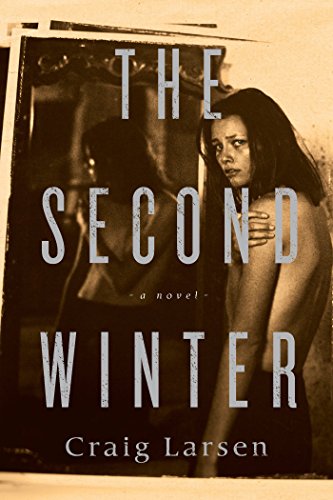 A brutal, realistic portrait of 1941, the second winter of life in occupied Denmark and Poland, as experienced by a Danish farm laborer and his family, and a half-Jewish Polish girl forced into prostitution, The Second Winter by Craig Larsen is a book impossible to put down even when you wish you could.

The story begins in 1961 when Angela Schmidt, a concert violinist with a Munich symphony orchestra, pays a surreptitious visit to her aunt in East Berlin. Her aunt gives her a packet of photographs taken by her father, a photographer in the German army stationed in Denmark during in WWII.

Along with the photographs is a valuable sapphire necklace, not something a lowly German lieutenant from an ordinary middle-class family is likely to possess. How had such a valuable object come into her father’s possession?

More disturbing than the mysterious necklace are the photographs: pictures taken in a concentration camp, pictures of incredible suffering,

On the bus back to West Berlin, Angela and the rest of the symphony are harassed by East German soldiers at the border crossing. It is a foreshadowing of the oppression experienced in occupied countries during the war that Mr. Larsen vividly describes in flashbacks. It is also a reminder that evil flourishes when sponsored by a tyrannical state.

In a series of flashbacks beginning in 1938 Mr. Larsen introduces Polina, first as a young girl approaching puberty, then as a teenager in 1940 when she witnesses her Jewish mother, her little sister, and her Polish father forced into a truck by German soldiers. Her father screams for her run to his brother for refuge.

Polina’s Uncle Czeslaw’s apartment is not a refuge; it is a hell hole where she is abused by her uncle. When she flees in the middle of the night, she is captured by a German patrol.

“Disoriented, she focused on the pulsing profiles of soldiers’ faces in the front seat, consoling herself with thought that they would take her wherever they had taken her mother and father and sister…even if she was interned with them in a prison camp, this would be far better than another day inside her uncle’s apartment.”

They didn’t take her to a prison camp.

The next series of flashbacks introduce Fredrik Gregersen, a Danish farm laborer, meth and heroin addict, and member of a underground group that operate an escape route for Jews fleeing Nazis. Fredrik doesn’t serve as a guide for any altruistic reason. For Fredrik it’s all about the money.

One night, high on meth and heroin, Fredrik attempts to rape a young Jewish refuge, but his son Oskar interrupts him. Instead Fredrik steals a satchel filled with money and jewels from the girl’s elderly father.

Oskar makes the mistake of telling his father, “I didn’t know that we needed to steal.”

Fredrik is furious, his rage fueled by meth and heroin. “This soft-skinned boy dared to lecture him? . . . Oskar had no right to judge him.”

Before he can beat his son, a truck carrying a German patrol comes up. Fredrik, a huge man full of rage, kills the soldiers, not out of some patriotic impulse, but to keep the old Jew’s satchel from the Germans.

Fredrik sends Oskar to Copenhagen where he sells the jewels to a German lieutenant, a photographer. There he meets Polina, now the property of the German. The lieutenant buys the jewels, but when he leaves his apartment, Oskar sneaks back to rescue Polina. They leave the sapphire necklace behind: one jewel for one girl.

Not knowing what else to do, Oskar takes Polina back to his father’s cottage where Fredrik feels an instant lust for the girl and allows her to stay. Tensions rise in the household as father and son vie for Polina’s attention.

Then the Germans come in search of a fugitive an anonymous tip accuses Fredrik of harboring.

The Second Winter portrays the brutality of war through the behavior of the characters. Fredrik is an unlikeable character, the personification of war: brutal, deliberately cruel, and not above oppressing those closest to him—although author Larsen attempts to rehabilitate Fredrik at novel’s end by showing him performing an unselfish act in allowing Polina and Oskar to leave.

It is too late for one to believe Fredrik is anything but brutal and brutish. An unselfish act seems out of character for him. Only Oskar seems truly good.

On the other hand, no one can deny the power of the novel. It is compelling, but ultimately depressing as war itself, which may be the point Larsen is making.

The Second Winter is not light reading, nor is it a book for those who want a happy ending. Happy endings and political oppression are incongruent.