The Russian: A Novel 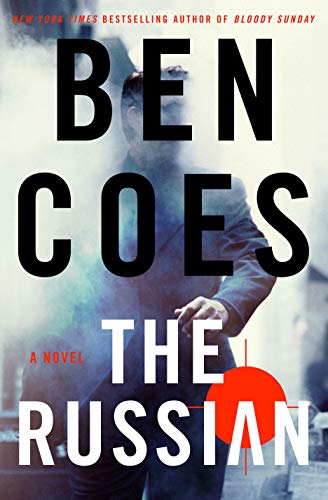 “the storyline is strong and suspense is maintained throughout this fast-paced novel, but one would have hoped for more from Coes for the first book in a new series.”

This is not a bad read, but one that merits no more than three stars. Ben Coes is a prolific writer of thrillers and knows how to weave an exciting tale in this start to a new series that takes off from his much-loved Dewey Andreas series. There is virtually no learning in The Russian, and at times the plot and the characters stretch the imagination to the snapping point. The ending especially leaves a lot to be desired.

The hero of the book in this new series is Rob Tacoma, a former Navy Seal, who has set up a high level “security” entity with the beautiful Katie Foxx—another figure from Coes’ previous novels, who, like others, plays a role in this new series.

When the Russian Mafia kills an important U.S. Senator and the Florida governor who is a leading presidential candidate because they have been fierce opponents of the gang and a real threat to their ability to conduct business, at the president’s behest, a secret unit is created to penetrate the mafia and eliminate its hidden leaders. Invoking a secret codicil to the US Constitution, the president grants this unit carte blanche to do whatever is necessary to get rid of these men, and a two man team is assembled to act off the books, hunting for those responsible for the killings.

Besides Tacoma, another Navy SEAL, Billy Cosgrove, is chosen, however, just as Tacoma is going to meet him for the first time, he is assassinated in a gruesome manner in his own home even before the operation gets off the ground.

Despite serious misgivings, Tacoma takes on the assignment to tackle the powerful Russian mafia on his own. He manages to kill off quite a number of the leading cadre as he gets closer and closer to the capo di tutti, an elusive man named Kaiser.

“Tacoma grinned, and for a split second felt a deep sense of relief. Then his eyes saw movement on the floor. Kaiser. Tacoma tried to push Dewey out of the way just as a low, brassy thwap echoed in the room. Tacoma felt the bullet hit him in the chest, mostly the pressure, because the pain wen from acute to surreal quickly. He fell backward. Tacoma looked down at his chest and saw dark blood, gurgling from a hole in his chest.”

One might ask what was Dewey doing while his buddy was being shot—staring into space? Not very believable.

Besides the ending, some of the fight scenes stretch the imagination, as do some of the basic facts the story is built on. For example, does Coes really need to adduce a fictitious codicil to the Constitution? I don’t think it adds much to the story, but he spends some time setting this up. Similarly, the vast sums quoted for the security services Tacoma and Katie offer border on the ridiculous. Coes could have built a much more interesting and realistic thriller without these kinds of digressions to the fantastic.

Nevertheless, the storyline is strong and suspense is maintained throughout this fast-paced novel, but one would have hoped for more from Coes for the first book in a new series.