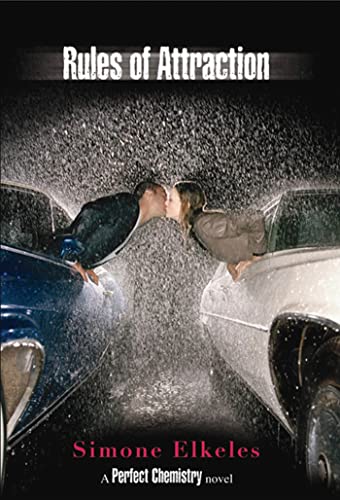 This book follows the saga of Carlos Fuentes, age seventeen. His family insists he leave Mexico where he has been running with gangs, to move to Boulder, Colorado, to join his brother Alex, a college student. Carlos doesn’t want any part of the future plans his brother has in mind for him. He prefers to make his own way and live life on his own terms, even if that path is rife with danger. Thus Carlos does not arrive in Colorado happily and becomes a begrudging, hostile fixture in the small student apartment he now shares with his brother.

Carlos soon learns, as did his brother Alex before him, that you may leave the gang, but the gang is loath to leave you. In short order, Carlos is set up by a drug lord and faces going to jail. In order to prevent this, Alex arranges for Carlos to live with his former professor and his family. The judge approves and Professor Westford becomes his legal guardian.

The Westfords are the typical “white bread” middle-class family. Carlos could not feel more out of his element. He can’t imagine ever living like them independently nor believe they could ever understand someone like him.

Carlos develops a new sensibility along with an appreciation of the professor’s daughter, Kiara. Their burgeoning relationship struggles to overcome the social and ethnic divide that separates them.

The cover art immediately draws in reader interest and depicts a crucial scene in the book. Yet the prose is not at the same level as Elkeles’ prior two books in part because the tension level is not as elevated or consistent. In the very early part of the story, things proceed smoothly—almost too much so. It is a nice enough story, but there is no real drama or problem to speak of. Even when Carlos gets arrested and faces jail time, the Westfords take him in easily and in short order, so the reader is never left to worry about what is going to happen to him in that instance. More conflict and uncertainty at this point would have been good.

That being said, the story begins to pick up more steam as it proceeds. This is a direct result of the author infusing more conflict and causing the reader to worry about how Carlos is going to get out of the very dangerous situation with the leaders of the drug ring. He faces real physical and life threatening injuries or death. The Westford family is also placed at risk, and it is not immediately clear how far and nasty things are going to go. In the midst of all this, Carlos and Kiara are trying to sustain a romance.

In all fairness, Perfect Chemistry is such a resounding and engrossing story that it raises the bar on one’s expectations for Ms. Elkeles’ work. Rules of Attraction starts off slowly, but eventually builds to the heart-racing drama a reader would hope for. Overall, this book is highly recommended for the characters that stay with you long after the covers are closed.

Reviewer June Goodwin, LCSW, is a clinician and educator, currently counseling children classified as emotionally disturbed. She is also a member of The Society of Children’s Book Writers and Illustrators.