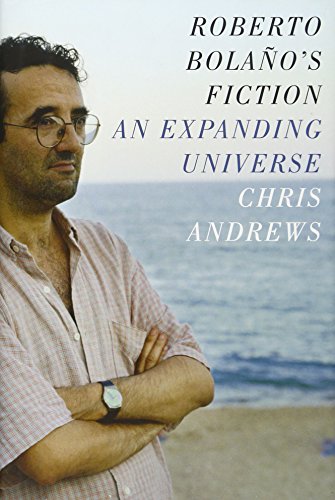 “Bolaño is not a writer who can be read at a purely literal level—or rather he can, but doing so would be like watching a color movie in black and white. He is one of those rare novelists who draws his readership into his fictional world to such an extent that they emerge back in to the real world slightly altered.”

In the first part of Roberto Bolaño’s sprawling novel 2666, four academics from different parts of Europe are drawn together by a common interest in the enigmatic writer Benno von Archimboldi.

They write papers, attend conferences, lecture and read for their own pleasure the German novelist. As the four critics become friends, rivals, and lovers, their lives become more entwined with one another and that of the elusive Archimboldi whose whereabouts is unknown.

Archimboldi and the four critics were creations of the late Chilean-born Bolaño, but his fiction has prefigured a similar quest whereby a body of academic research is growing up around Bolaño’s substantial literary legacy.

Much of this research, criticism and personal engagement with the Chilean novelist and poet has to date only existed online or in Spanish.

Chris Andrews, who has translated into English a number of Bolaño’s novels and short fiction, is the first to come up with a detailed analysis.

A warning must come here, because this is by no means an introduction, it is an in-depth study and demands a significant level of familiarity with Bolaño’s work.

Andrews sets out his qualifications for undertaking this survey, arguing that as a translator he has not just read Bolaño, but has engaged with his work at a much deeper level than an average reader.

He starts at a surface level, examining how Bolaño tells a story, or quite often doesn’t tell a story, building up his readers to expect something to happen, only to leave them high and dry.

Bolaño will often return to the same theme, same incident and same characters, drawing an entirely new novel out of a fringe figure or situation in a short story or another novel.

The sociopath killer and right-wing poet Carlos Wieder, around whose story the novel Distant Star is set, first appeared under a different name, Carlos Ramirez Hoffman, in Nazi Literature in the Americas.

The story of Auxilio Lacouture, who appears in a chapter in The Savage Detectives, is expanded into the novel Amulet.

Other characters Bolaño revisits have the same name but a completely different backstory.

Amalfitano who appears in 2666 and the posthumously published Woes of the True Policeman, is in both works a university lecturer who relocates from Barcelona to Mexico with a daughter called Rosa, but there are just as many divergences in the separate back stories in the two novels as there are similarities.

Andrews argues that by recirculating a character as an expansion of an earlier appearance or in a new incarnation or with a new name Bolaño allows them to evolve and “change in response to new fictional environments”—the expanding universe of the title.

He also suggests that Bolaño was knowingly playing on his reader’s confusion and that reappearing characters “seem calculated to unsettle the distinction between the same and the other.”

As he probes deeper, Andrews quotes Bolaño extensively, often inserting the original Spanish, to emphasize his arguments. Nietzsche, Kant, Freud, and even Plato are drawn into the mix as are a host of literary critics, academic studies, and popular cultural references.

Despite the academic tone of this study, Andrews is highly readable. But more importantly he is clearly someone who has engaged with Bolaño’s novels at an emotional and personal level, rather than simply as a critic.

Referring to the novels of Archimboldi in 2666, Andrews says his “work gives rise to communities and rivalries. It draws its readers into a fictional world that unfolds like an endless rose and, in so doing, opens into the wider world from which it sprang.”

The same could be said for Archimboldi’s creator, Roberto Bolaño.

In 2666, three of the European critics embark upon a quest to find Archimboldi, travelling to the Sonora desert in northern Mexico where he has reportedly been spotted.

Bolaño died in 2003 aged 50 and so his reader cannot seek him out in a physical sense, but, as Andrews argues, his body of work “meets its readers one by one, and affects them in unforeseeable ways.”

Bolaño is not a writer who can be read at a purely literal level—or rather he can, but doing so would be like watching a color movie in black and white.

He is one of those rare novelists who draws his readership into his fictional world to such an extent that they emerge back in to the real world slightly altered.

Andrews is alert to that and his study reflects that and indeed presumes that his reader understand that as well.