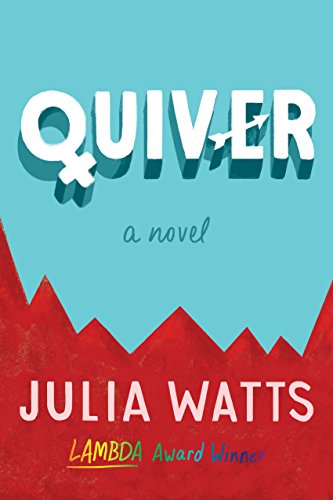 “This just may be the perfect book for our times, when acknowledgement of common ground and empathy are sorely needed.”

Teenagers Libby and Zo could not be any more different. Libby is raised by strict Christian parents in rural Tennessee, protected from the influences of the city and culture in general. She and her many siblings are homeschooled, not encouraged to think for themselves, and not allowed to read fiction, other than novels that shore up their faith.

Zo’s family, frustrated with city schools that emphasize testing over curiosity, move next door to Libby’s family and also homeschool their children. Unlike Libby, Zo is encouraged to think and study independently. She reads Brave New World and plasters her room with posters of David Bowie, one of her heroes—no surprise, given Zo’s gender fluid identity. While she struggles to fit in, nurturance surrounds her. She tells her therapist about “how easy it seemed for everybody else to be who they were.” The therapist assures her, “It’s never easy. They’re all faking it.”

At first, the differences are so stark, that Libby and Zo may seem like stock characters, but in her new, energetic novel, Quiver, Julia Watts fleshes out these two with humor and compassion.

For instance, when a McDonald’s worker in the drive-thru wants to know if the Happy Meal is for a boy or a girl, Zo in the backseat wants to shout back, “Gender isn’t . . . binary.” Another time, when Libby mentions that Zo might go to hell for questioning God’s will, she offers to pray for her friend. This kindness moves Zo, even though she thinks “hell is a bunch of horseshit.”

Both characters are too polite to question the other’s beliefs—besides, they genuinely like each other—which allows the conflict between them to simmer in dramatic fashion. But it’s when their families clash that the tension becomes particularly effective and satisfying.

This is the kind of book that will inevitably stir extreme reactions. But it might also stoke fruitful discussion. What shouldn’t be lost in the discussion is that the two sides presented here also agree on many issues: love your neighbor; love your family; don’t be ruled by technology; listen to Mozart.

But the differences are stark. There’s no way to sugarcoat this fact. Libby’s family attends a church whose pastor claims that the righteous are at war with a godless culture. Zo’s father counters that the two sides need to accept each other. Yet his intolerance often belies this assertion.

One way to overcome this divisiveness, maybe the only way, the book seems to suggest, is to give voice to young people, whose beliefs are not yet entrenched. While Libby and Zo are taken aback by the beliefs of the other, they are not repulsed. In fact, they’re eager to learn more about the other. Their courage, by the end, becomes a transformative force.

This just may be the perfect book for our times, when acknowledgement of common ground and empathy are sorely needed. After one particularly intense flare-up between the two dads, Zo’s brother says plainly, “We just like to play.”