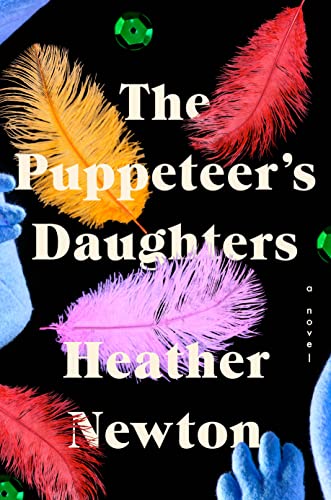 Once upon a time there was a king named Walter Gray who had three daughters: Jane, the serious one; Rosie, the overweight one; and Cora, the one who led a charmed life. As the king’s dementia worsened, he decreed that whosoever would inherit his riches must first complete a heroic task, without the aid of any fortune-hunting prince.

With this mix of traditional fairy tales, offbeat original scripts, insights into the world of puppetry, a touch of King Lear, and the basic personality of a romcom, The Puppeteer’s Daughters is a charming read with some unexpected thoughtfulness between the lines.

“King” Walter is a famous puppeteer who got his start staging shows in his basement for local kids, using puppets made from fabric-store scraps. In the decades since then, he’s won at least one Emmy, been featured on The Tonight Show, partied with Muppets creator Jim Henson, and licensed some of his figures to behemoths like Mattel and The Sharper Image.

A few years before the novel begins, with the signs of his dementia growing too strong to ignore, Walter turned control over his sprawling empire to Cora.

The three daughters have never been close, in part because they were raised by three different mothers (or, in Rosie’s case, grandmother), during three different stages of Walter’s life.

“She and her sisters were bound to regress to their childhood roles,” Cora muses when the trio reunite in North Carolina for their father’s 80th birthday party. “Jane in charge, Rosie to be pitied and not depended on, and Cora the privileged baby.”

At the party, however, Walter weirdly mumbles that “I have four daughters. Where is she? Where’s the other one?” Indeed, when Jane, Rosie, and Cora sort through his papers, they find an anonymous, positive paternity test from a local lab.

Not only that, but Walter had secretly added a codicil to his will four years earlier. While his estate is to be split equally among the three known daughters, each daughter must also fulfill an exacting requirement: Jane must create a puppet, Rosie must bring her weight down by one-third to 200 pounds, and Cora must come out “from behind the stage to live among humans.”

As the sisters try to find their possible sibling and cope with the meaning of their father’s puzzling and hurtful codicil, they are forced to face some truths about themselves. Jane and Rosie have still not untangled themselves from long-estranged partners. Cora and Jane have stifled their artistic and romantic yearnings. All have been nursing resentments toward one another.

The overall narrative is engrossing, with some sharp plot turns, but there are too many story lines. Some are dropped—including, for a full one-fourth of the book, the search for the missing sister—and others are tied up too neatly and hurriedly.

The most fascinating parts are the puppetry details and the fairy tales.

Walter’s mentor, the émigré Czech puppeteer Mr. Svoboda, instructs him on some tricks of the trade that readers may want to try at home. “On main control, your right index finger hold most of the weight. The left hand work the arms and legs,” Mr. Svoboda explains.

Interwoven throughout the book are various riffs on fairy tales. Not all of them work. For instance, Jane ignores a panhandler, who warns her, “You’ll be sorry!” Jane immediately trips and breaks a toe. Was the panhandler supposed to be a magical creature in disguise? But there are no further echoes of this theme.

Those tales, and this entire book, are proof of Walter’s and Cora’s dearest belief: That fairy tales aren’t just for kids.