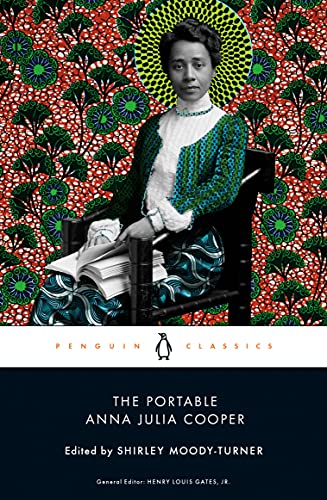 Ancestors and forerunners show up in the annals of American literature more often than readers imagine. Contemporary Black writers, such as Alice Walker, Toni Morrison, and Honorée Fanonne Jeffers, author of The Love Songs of W. E. B.Du Bois (2021), have progenitors, though on first glance they might seem like pioneers and the first of their kind.

All hail to the mothers and fathers of today’s Black novelists, poets, and nonfiction writers.

At the start of his essay, "What is an African American Classic?"—which appears at the front of this book—Harvard University Professor Henry Louis Gates, Jr. writes, "I have long nurtured a deep and abiding affection for the Penguin Classics." Who hasn't?

Several generations of college and high school students have embraced, underlined, and saved, long after graduation, the Penguin Faulkner, the Penguin Steinbeck, and the Penguin Kerouac. Those authors, who were once controversial, became required reading. The heretical became the orthodox.

At the conclusion of his essay on the African American classic, Gates states what seems to be obvious, but perhaps it needs repeating: "African American culture is one of the world's truly great and eternal cultures."

Anna Julia Cooper (1858–1964), whose work is featured in the newest Penguin Classic, would have agreed wholeheartedly. Once a well-known author, educator, and public intellectual and now largely forgotten, she's poised for a revival. This volume will send her on her way.

A Voice from the South by a Black Woman of the South, originally published as a book in 1892, is the single best part of The Portable Anna Julia Cooper.

Cooper’s letters to W. E. B. Du Bois, one of the founders of the NAACP and the author of The Souls of Black Folk (1903), will be of particular interest to scholars. But they reveal little of major significance about Cooper's own life and her thinking, except that they show she cared deeply about her students, and she did everything in her power to help them along their chosen paths. That was admirable.

In her Introduction to this volume, Shirley Moody-Turner—a professor at Penn State University and the author of Black Folklore and the Politics of Racial Representation—provides useful biographical information about Cooper. Married once, briefly, she helped to rear two children without families of their own, and also housed, fed, clothed, and mothered five adopted children.

"Almost the entirety of Cooper's career in public education," Moody-Turner writes, "took place under the shroud of legalized racial segregation." That shroud cut two ways by proscribing her career and at the same by pushing her to overcome adversity.

If altruism was her lifeblood, resilience was at the core of her being.

Black and southern—she was born into slavery in North Carolina—and clearly a woman who cared about manners, but never a “southern lady,” at least not by her own standards; Cooper is and isn’t an ancestor of today’s movements for gender, racial, and social equality.

Firmly rooted in the 19th century, the ethos of the Victorian age—and its preeminent thinkers and writers—Cooper’s writings also transcend the time and place that gave birth to them, as this new collection shows.

Keenly aware of her own mission, and where she stood in the passage of time, she wrote, “The struggle with nature is over. We stand . . . in this last decade of the nineteenth century, just in the portals of a new and untried movement on a higher plain . . . than any the past has called forth.”

She was right. Black Americans would rise up against Jim Crow, segregation, and lynching.

Defiant and outspoken, and yet prim and proper much of the time—she earned a Ph.D. from the Sorbonne in Paris—Cooper didn't use the N-word or street slang. It’s unlikely she would approve of rap, hip hop, or the rhetoric of today’s Black Lives Matter protesters.

Still, she enjoyed Black folk songs, Black folklore, and the stories of Joel Chandler Harris, son of an Irish woman and an unknown father, famous for his inimitable character, Uncle Remus.

But Cooper took Langston Hughes to task for his "nauseating portrait of a colored prostitute," lambasted Walt Whitman for his crude language and disapproved of Richard Wright's bestselling novel, Native Son, which features a Black killer named Bigger Thomas, who is the antithesis of the "Uncle Tom" depicted by Harriet Beecher Stowe in Uncle Tom's Cabin.

Still, when it comes to gender and ethnicity, Cooper is on the same page as citizens around the world who have protested the murder by a white Minneapolis police officer of George Floyd, a proud Black man. In the pages of her book, A Voice from the South by a Black Woman of the South, which is included in its entirety in The Portable Cooper, the author speaks from her own experiences with racism and white supremacy.

"When I seek food in a public cafe or apply for first-class association on a railroad train, I do so because . . . I want food or I want comfort," she writes. "Not because I want association with those who frequent these places."

At times, Cooper is a logician, as well as an historian, a philosopher and a minister in a Black church preaching to the congregation. She gets wound up and barrels ahead. She also knows when to slow down and nail it.

"The color of a man's face per se has no more to do with his worthiness and companionableness than the color of his eyes or the shades of his hair," she writes. One can hear the choir say "amen."

A devout Christian who revered Christ, she also praised Buddha. A Black woman who spoke for her voiceless sisters, she also identified with American Indians. A revolutionary who honored the working class, she ran away from isms and warned that America was "menaced" by anarchism, communism, and socialism.

In A Voice from the South, she singles out the wealthy white male southerner and accuses him of hoodwinking Blacks, whites, and even tourists.

But she also notes that the novelist, George Washington Cable, who was "a white man, a Southerner and an ex-soldier in the Confederate army," embodied and represented "the Christian conscience" and expressed the South's "better self."

Optimistic and generous when it came to the achievements of Black women such as Phillis Wheatley and Sojourner Truth, she also lauded George Eliot, Sappho, and the anonymous and unnamed fugitives from slavery who followed the North Star to freedom.

"The slave brother . . . from the land of oppression once saw the celestial beacon and dreamed not that it ever deviated from due North," she writes. One assumes she also had in mind the slave sister.

Don’t expect Cooper to be politically correct by the standards of 2022.

She died at the age of 105, on February 27, 1964, six months after Dr. Martin Luther King Jr. delivered his "I Have a Dream Speech" at the March on Washington.

Dr. King and the tens of thousands who heard him that day, and the hundreds of thousands who joined the civil rights movement, were the beneficiaries of Cooper's life-long devotion to truth, justice, and the American experiment with democracy and freedom.