Physical Intelligence: The Science of How the Body and the Mind Guide Each Other Through Life 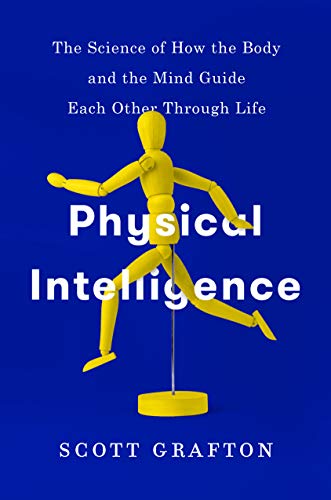 “We didn’t emerge as a species sitting around. Minds are situated in a brain and the physical body of which it is a part.”

Walking is a basic kind of physical intelligence. Many of the world’s greatest writers and thinkers got their best ideas while walking. Long walks in nature appear to have been particularly fruitful.

He argues that minds don’t exist in the abstract but are rather situated in a given brain and the physical body of which it is a part. “We didn’t emerge as a species sitting around,” he says. “For more than 1.3 million years of evolutionary history our world was one in which we were constantly in motion.”

But what of today when we are much more sedentary than afoot? Grafton answers by examining the relationship between thinking and acting and how we extract knowledge from direct experience. Neurological symptoms such as neglect—in which stroke patients, for example, disown their left hand or act as if nothing could even be expected to happen in the left–hand half of space—illustrate that there are many ways to construct physical space and our attention to it.

The octopus is an excellent example of embodied cognition. Rather than coordinating everything from a central brain, evolution offloaded some control problems to peripheral body parts. As a consequence, each of the octopus’s eight arms operates independently and unthinkingly. Grocery bagger competitions are another example of embodied cognition. Can baggers load 38 items into three bags in less than a minute? Preparing breakfast for six people is yet another test.

In between the science, Scott weaves a weeklong hike through the Sierra Nevada mountains. How much his excursion matters will depend on the reader’s hiking skills and passion for it. Non-hikers may find the author’s framework something to gloss over.

The author recounts how neuroanatomist Marcel Mesulam first suggested that no single part of the brain controls attention. Rather, he proposed that a network of dispersed structures determines whether to focus or filter attention and, if the former, what exactly to focus it on. Mesulam’s 1981 landmark paper introduced the word “network.” And yet it took two decades after publication for the concept of brain networks to be accepted. Such is the nature of orthodoxy.

Scott notes that infants spend a lot of time acquiring physical skills from experience. They crawl, grab, put everything in their mouth, and watch what grownups do as they undertake a physical apprenticeship with the world. It evidently takes enormous effort to be a physically capable human. Yet we adults typically take our physical competence as given.

The brain has to do an enormous amount of computation to avoid crashing into objects or walking over cliffs. A 2019 study found that a walking individual spends 40% of the time looking at the path, 40% looking at obstructions, and only 20% looking toward other people. It is in sections like this that the book turns academic and limited in its usefulness to ordinary educated readers.