The Perfect Wife: A Novel 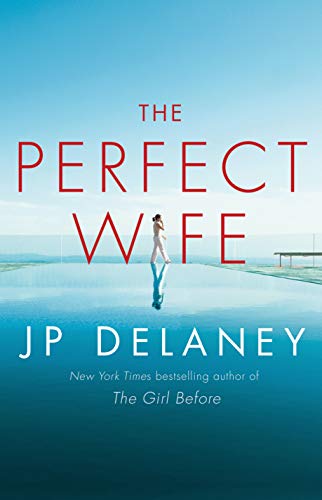 Abbie Cullen-Scott awakens in what she believes is the hospital, with no recollection of where and how she got there. In fact, she has no recall of who she is. Was she in an accident?

In horrible pain, she feels things start coming back to her. She then remembers her husband Tim and her son Danny. Were they hurt, too?

A woman dressed in a blue uniform adjusts something by her side.

"'She's up and running,' she murmurs.

When Abbie is more cognizant of her surroundings Tim explains that she is a "cobot," which is short for ''companion robot.''

Abbie tries to digest this, but how can it be true? She feels pain and emotions, and she is beginning to remember her life.

Tim, who possesses a brilliant mind, is the owner of a robotics company in Silicon Valley. He tells her the "real" Abbie went missing five years ago, and she is an exact duplicate of the wife he loves. But she is a machine. She does not eat or drink nor does she have female parts to be a complete woman.

"He's tried to minimize the differences between this body and your old one, you discover. Your chest rises and falls, just as if you breathe. You shiver when it's cold, and if it's warm you have to take off a layer of clothing. You blink, sigh, and frown in ways you can't always control. And at night you go to a guest bedroom, so as not to disturb him, and sleep; or rather, enter a low-power mode, during which you recharge your batteries and upload more memories."

As you become more like the human Abbie, you remember things, especially your son, Danny, who you love more than life, but when you "meet" him, he shows no emotion. Could he be a robot also? It all comes back . . . Danny suffers from "Childhood Disintegrative Disorder," normally known as autism.

"CDD has been described by many writers as a devastating condition, affecting both the family and the individual's future. As is the case with all pervasive developmental disorders, there are no medications available to directly treat CDD and considerable controversy as to whether any treatments or interventions can have a beneficial effect."

At this heartbreaking diagnosis, this "new" Abbie tries to get through to him, though Tim and Sian—once a teaching assistant at Danny's school, but now his live-in nanny—want complete control over the child.

Recollecting the human Abbie's life, the robot Abbie researches all she can about her. Gone missing years ago, Tim was arrested and tried for her death. Though no body had been found or evidence of a crime, Tim was exonerated and spent the time between then and now devising a robotic Abbie to match his wife.

What Tim doesn't realize is that though the cobot may be a machine, she displays feelings and recollections, and the more she learns about the human Abbie's life with Tim, the more determined she is to get to the truth of the real Abbie's disappearance.

At the onset, this book is a bit difficult to comprehend, as the cobot Abbie speaks in the third person, referring herself to "her" not "I" or "she" as one would normally see in a novel. Once that hurdle is passed, it becomes easier to visualize her as a piece of equipment, though she encompasses almost all human traits.

The concept of this novel is both terrifying and disturbing. Could this be something like The Stepford Wives? But those women were drugged and were human. This is an entirely new species: robots. Will it ever come to be that humans will be replaced by machines? A chilling thought.

With a narcissistic A-driven scientist protagonist along with excellent information on autism and its many differing treatments provides the reader not only with some salient facts, but also a cause for reflection on both on the illness and the mind of a crazed man.

A provocative read. One cannot help but wonder if this is a sign of the future.