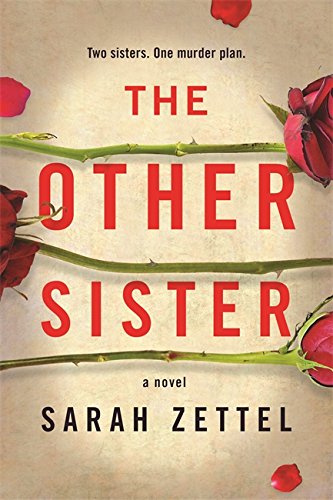 “There’s a misconception that the woods are the destination in a fairy tale. The woods are just something to get through. Scary, yes. Necessary, of course. But it’s when you finally get to the castle that the real trouble starts.”

Geraldine Monroe is the bad sister. Reckless and troubled, she ran away shortly after the mysterious death of their mother 20 years ago. Marie, on the other hand, has always been the good sister. She is the obedient daughter and a loving mother to her son.

Now Geraldine has come home, for good it seems, and no one, not the aunts or uncles or cousins really knows why. The most suspicious of all is Martin Monroe, the father who rules the extended family and their small town with a toxic combination of money and cold-heartedness. But even he doesn't realize what the truth is: that the sisters have become allies in a plot to murder him.

Bound by blood and a need to right the past, Geraldine and Marie set their plan in motion. When old secrets and new fears clash, everyone is pushed to the breaking point . . . and the sisters will learn that they can't trust anyone, not even each other.

The Other Sister by Sarah Zettel is a quasi-fairy tale type murder mystery that features two sisters—one perceived as good, one bad. Geraldine Monroe is the bad sister, an irresponsible and troubled soul. While Marie Monroe is the good sister, always the obedient daughter and responsible mother, she stayed in the family home and cared for their father.

Now 25 years later, Geraldine has apparently come home for good and no one knows why. The most suspicious of all is her father, a manipulative and controlling man who might have been responsible for his wife’s death and possibly others. When Geraldine and Marie set their plan into motion dark secrets begin to emerge that call into question their sisterly bonds and push everyone to the breaking point.

“Fairy tales are not big on second chances. The wicked sister never gets to turn and say, you know, that thing where I tried to kill you and marry your husband? That was a mistake. I have reconsidered my life choices. In the stories, redemption can only come from the hand of God, and God is a tight-fisted old bastard.”

In this often disturbing and distressing tale of family loyalty and deceit, Zettel does an adequate job of mixing humor and wit into an unsettling plotline that alternates between the past and present viewpoints of narrators Marie and Geraldine. Unfortunately these switches are often hard to follow and tend to confuse the story.

But if the reader is able to stick it out despite these pitfalls they will be rewarded with an excellent psychological thriller that’s filled with dark family secrets and plenty of intrigue.