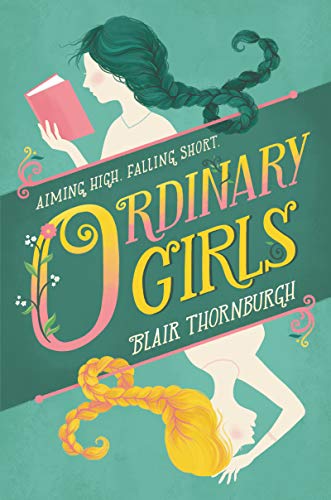 “I have never been good at beginnings, which is one of my many shortcomings. Starting with childhood seems very romantic, like a true bildungsroman, but I don’t really remember half my childhood due to being a baby, and I’m not about to rely on Ginny’s accounts of what I was like, because she did not care for having a baby sister and once covered me in Vaseline when Mom left us alone in the playroom. So I suppose I will start on that sunny Saturday in September when I first realized how acutely I wanted to murder my sister.”

Plum—the nickname for Patience Mortimer Blatchley—does not really want to kill her only sibling, of course, but sometimes it feels that way. While Plum is clever, funny, and a homebody, her sister Ginny is smart, high-strung, and constantly worried that everything in their lives is going to fall apart.

But then, sometimes it does.

When Plum’s father died, he left his wife and two daughters in a drafty old house, where they pinched pennies and got by—just—on the royalties Plum’s mom received from a book she illustrated, and the bit she got from teaching classes at a local college. But now Ginny needs money for her own college tuition, and the royalties just dried up. Plum and her family face the unthinkable: Will they have to sell their beautiful old house with all their memories just to make ends meet? Plum is determined that will not happen.

“I remember a feeling of duty taking root in me. Until then I had been as unremarkable as a fifteen-year-old girl could be, but now I had an opportunity— an obligation, really—to work hard. It would be character building; it would be essential. It required no brilliance or insight, just derring-do and commitment. And though I knew my mother and my sister would do all they could to keep us afloat, it would be mine alone to undertake.”

Plum happens into a tutoring job helping one of the despicable Loud Sophomores. She’s not one to have lots of friends—she doesn’t really want to count the Weird Sweatshirt Kids—so spending time with someone she’s always avoided is hard work. But could this “governessing,” as she liked to call it, not only help her family financially, but end up being fun?

Plum is funny, sweet, and loyal. Her vocabulary is taken from the classics—Jane Eyre and Edna St. Vincent Millay—and is so entertaining and fun it makes the pages fly by. The story is compelling and different from the norm, and every character jumps from the page with humor and insight. Ordinary Girls is highly recommended for anyone who enjoys smart writing, clever storytelling, and interesting, lovable characters.