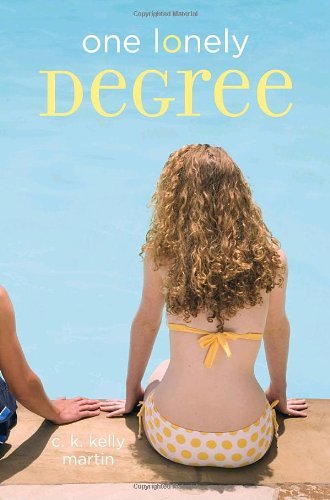 Fifteen-year-old Finn and her best friend Audrey are practically joined at the hip and share everything. At a party one night, Finn finds herself thrown into a distressing incident with an upperclassman, Adam Porter. Frightened and upset, Finn withdraws, confiding only in Audrey who helps her overcome her embarrassment, proving to be Finn’s best friend.

Jersy, a childhood friend of Finn’s, moves back to town, and though Finn is attracted to him, she is still reeling from her episode with Adam, and fears getting into a relationship. She soon senses betrayal when Audrey and he become a twosome, and Audrey drifts away as she becomes closer to Jersy.

Finn feels abandoned by Audrey’s lack of concern for her, and when her parents decide to separate, frustration and hurt are compounded. Things become problematic when Audrey’s stepdad finds her with Jersy, though Finn covers for Audrey so the two can secretly meet. When Finn’s cover is blown, Audrey gets sent to her aunt’s for the summer. With her dad gone, her mom wrapped up in her own depression, and Audrey three hundred miles away, Finn’s life falls apart.

Finn needs something to occupy her time and her mind, so she takes a summer job at a local toy store. She manages to talk to Audrey on the phone and by email, but it’s not the same, and she becomes increasingly angry. Her need to vent is strong, so she goes to Jersy to complain about her parents and her loneliness. Jersy is easy to talk to, making Finn’s attraction to him stronger, which also increases her guilt. How can she betray her best friend by going after her boyfriend? Jersy confesses he is attracted to Finn as well, and insists on breaking up with Audrey. Finn kisses him, then appalled by her actions, runs away, determined to never let that happen again. In a moment of weakness and loneliness, she confides in Audrey about the kiss, only to have her best friend turn against her.

When Audrey returns home, Finn tries to get her back, apologizing profusely to no avail, leaving her with no close friend, no boyfriend, and no live-in dad, who has decided he wants a divorce.

Ms. Martin has written a powerful young adult tale that is filled with angst, heartbreak, and the strong realities of life. Her well-developed characters move the story at a good clip and the emotionally charged Finn is portrayed with excellence and finesse. Covering a multitude of experiences, this story touches on plausible circumstances, defining them with integrity and grace, as well as validating the fact that no one goes through life unscathed.