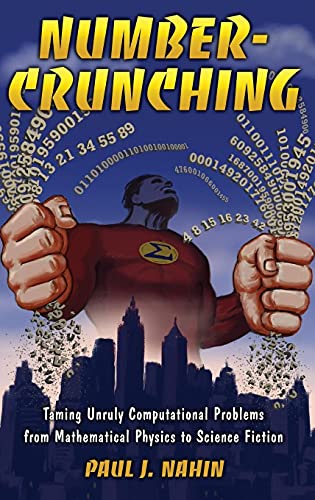 “Computer science can be accurately viewed as the upriver force that makes possible the phenomenal impact of such entrepreneurs such as Mark Zuckerberg, Steve Jobs, Jeff Bezos, Howard Schultz, and scores of thousands more. Ultimately, these entrepreneurs are applying, leveraging, and monetizing the power of number crunching.”

Without the Internet, there would be no Facebook, iPhones or other smart phones, iPads or other tablets. And there would be no Amazon, Starbucks, or WalMart—at least in any form comparable to their present pervasive influence upon contemporary culture, society, and commerce.

Computer science can be accurately viewed as the upriver force that makes possible the phenomenal impact of such entrepreneurs such as Mark Zuckerberg, Steve Jobs, Jeff Bezos, Howard Schultz, and scores of thousands more.

Ultimately, these entrepreneurs are applying, leveraging, and monetizing the power of number crunching. Number crunching capacity is both a singularly important manifestation of computer science in action and makes possible all of the “down river” outcomes that follow.

One game-changing advance that so distinguished the Modern Capitalism economic era that characterized the first three-quarters of the 20th century was the acceleration/extension of personal mobility and the dramatic reduction of the labor required to perform certain tasks: physical, both in the workplace and in the home, and mental, both document preparation/processing and computations.

In the early part of the succeeding Informational economic era, the advent of the ultraintelligent machine—cheekily honored in 1983 by TIME magazine as the “Man of the Year”—has transformed society. The computational power of the computer solves not only those computational problems that previously required the combination of phenomenal brilliance, focus, and perseverance, but also resolves those problems that were beyond the ken or capacity of even the most extraordinary mathematicians to solve.

That said, if People magazine is your favorite reading, you are most likely not the ideal reader for Paul Nahin’s Number Crunching: Taming Unruly Computational Problems from Mathematical Physics to Science Fiction.

Number Crunching is most timely, given the escalating scale of economic, commercial, and financial transactions, necessitating thinking about, evaluating, and communicating on a much larger scale.

Speaking of his country’s recent deal with Exxon for the exploration of Arctic oil, projected to be as high as $500 billion Russian dollars. Prime Minister Vladimir Putin observed, “The scale of the investment is very large. It’s scary to utter such huge figures.” Mathematicians, of course, traffic regularly in such scary undertakings.

The presentation in Number Crunching is simultaneously accessible, readable, entertaining, daunting, sophisticated, and technical. It is organized around a series of math problems posed and solved. The author’s treatment combines history and stories, perspectives and context to the work of great mathematicians and mathematical physicists.

Some of the most interesting, illuminating passages appear in the chapter endnotes, in which important sections of highly relevant books are too often insufficiently studied by readers. Mr. Nahin’s presentation includes a plethora of complex equations, detailed symbolic formulations, lots of numbers, flow charts, computational code, figures depicting electronic circuitry, schematic graphics, pictures, quotes, and even entertaining stories, such as one on what might have happened had the legendary Sir Isaac Newton had access to a calculator.

Number Crunching also contains commentaries on certain material published in the author’s prior books, which attentive, deep thinking readers identified as needing clarification and or correction. Notably, in this specialized math publishing domain, subsequent versions of books of this type by the author reviewed here are not called second editions but corrected edition.

Addressing the proclivities of those who would be drawn to his writing, for this is the seventh in a series of favorably received books published by Princeton University Press, the author observes, “I think it is pretty close to the mark that the large majority of physicists, mathematicians, and engineers, in their youth, read at least a few science fiction (SF) stories or novels. Certainly, the ‘scientific romances’ of H. G. Wells . . . or the ‘advanced engineering’ works of Jules Verne . . . would be on the reading list of any youngster with the sort of imaginative mind that would find appeal in living the technical life.”

While some assert that science fiction “predicts the future, that is, it foreshadows what actually comes to pass,” the author rejects this line of thinking. He states, “successful prediction isn’t anything to be ashamed of. To be honest, however, a successful SF prediction is mostly luck.”

One of the fascinating observations that Mr. Nahin advances is that John von Neumann, the Nobel Prize-winner widely regarded for his profound advances of game theory, whose further development and application earned John Nash the Nobel Prize—memorably told in Sylvia Nasar’s A Beautiful Mind—“was deeply involved in the actual construction of operational computers,” which development historians of computer science tend to ignore, crediting instead the invention to Alan Turing, who, as a student, attended lectures that Dr. von Neumann presented at both Cambridge and Princeton.

A particularly revealing observation—though presented in the context of challenging mathematical computation—captures the contemporary power/opportunity of youth vs. the mature, experienced individual in so many fields in the 21st century. The relationship that largely applied throughout history, at least until recently, has essentially been reversed, for as Mr. Nahin writes, “Being able to calculate something that nobody else has been able to is the fantasy of all young mathematical physicists. (Being able to simply understand what some young person has just calculated for the first time is the dream of ‘old’ mathematical physicists!)”

If you were to substitute “design a business model” for “calculate something,” the statement would capture the phenomenal power shift in contemporary economic society.

Number Crunching should appeal to those who are intrigued by the highest level, most demanding of games. Certainly if you share the attitude of the Persian potentate—who, in turning down an invitation to Derby Day at Ascot, observed that it was already known to him that one horse can run faster than another—you’ll likely be less than engaged by this volume. But those who are fascinated by complexity, its comprehension and application, will be well rewarded.