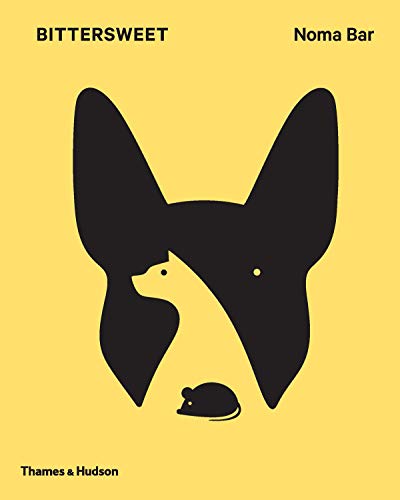 “Noma Bar is a master of the stylized silhouette and uses flat-color shapes to achieve highly sophisticated illustrative graphics.”

Noma Bar is an artist-illustrator-graphic designer who uses his art to make conceptual statements regarding virtually every issue from sexuality to conservation to politics. He is a master of the stylized silhouette and uses flat-color shapes to achieve highly sophisticated graphics; however, what is truly captivating about Bar’s graphics is the intelligence behind the sleek, powerful art that can communicate with such sharp wit and finesse.

There is a Rorschach-test like quality to his graphics that fascinates with the positive-negative aspect of shapes. The constant interplay of symbolism that also functions as negative space, and how they interlock and relate to each other, is an aspect that continues to intrigue. His approach spurs visual curiosity and draws the viewer back repeatedly to reexamine and review what they thought they understood about an image.

This is partly due to the fact that Noma Bar makes multiple use of the same symbol or shape to inform us of different meanings. For instance, the mustache of a high-collared 19th century British man in a top hat is also an umbrella (cover for Le Grand Livre de l’Humor British); and the nighttime dark side of a half-moon can be seen as the profile of a woman, but the lit side of the same moon graphic is a separate and distinct profile of a man (Night Train to London). There is a great sense of play and interplay in his shapes and use of color.

Interestingly, as described in the introduction, Noma Bar went back to basics of visual language, which is exactly what he inspires viewers to do. “Arriving in London straight from design school in Jerusalem, he found himself looking for work in a culture where the alphabet was completely different, where people read in the opposite direction, and where books began at the front instead of the back. He was forced, as too few of us are, to go back to basics.”

Noma Bar, Graphic Story Telling is a 400-page brilliant collection of an amazing artist’s work and an excellent example of illustrative communication graphics. The book is impeccably designed and printed on medium weight matte paper, which happens to be ideal for this kind of work. The softcover binding is perfect for easily leafing through the book to view the artwork, all of which are printed to full-page size. Publisher Thames & Hudson has done a marvelous job of designing a vehicle suitable for displaying Noma Bar’s masterful work.