The Noise of Time: A Novel 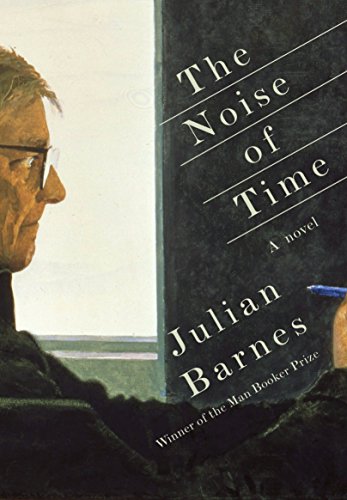 In his deft, swift but deeply thoughtful short novel The Noise of Time, Julian Barnes has turned to one of the most poignant, painful encounters between artist and unbridled governmental control: the 1949 meetings at the Waldorf Astoria during which D. D. Shostakovich was made to denounce his own music, and others’. The composer by this late point in the novella is a sympathetic enough character for us to forgive such acquiescence (like the original New York audience, wildly applauding even its most insulting, aggressive assertions) and further to appreciate its insincerity.

Artists at the height of their careers show their powers or their limitations by how well they deal with the various constraints that face them. Often, with mid-career geniuses, this struggle becomes thematic, whether it be with sponsor-patrons (Dickens, Great Expectations), self-declared biggest fans (King, Misery), or paranoid dictator-amateurs (the work under review).

Stalin’s murderous demand for crowd-pleasing, sentimental anthemism, for facile whistleability, violently imposing, pimping if you will, a kind of lyrical ethnocentric endogamy can suggest the kind of hemming-in Barnes himself might feel at this stage of his own career, needing to break free from the insular expectations of the kind of periodist stylings that earned him his early fans.

If breakout it be, consider it a success. Ironic, laconic, patient, unimpressed with meretricious attempts to be stirring or richly colorful, in his impersonation of Shostakovich Barnes puts us comfortably into the mind of a quieter and maybe more discerning type of genius. His work’s redolence of the dialed-down expectations of Soviet life, even the life of its decorated elite, is, appropriately, never distracting or florid. There were no distractions there then, few flowers.

“To be Russian was to be pessimistic; to be Soviet was to be optimistic.”

Irony is everywhere in such an environment, and it’s hard not to hear irony in every page of the composer’s music, that and a combination of long-suffering seriousness and mordant goofing. And if, as Barnes’ Dmitri says, all that can “be put up against the noise of time” is “the music inside ourselves,” Barnes is willing to show all of these elements in conflict, despite the charming implication in his title that his writing is more the noise than the music.

His Shostakovich, though by no means long-winded or garrulous, can be repetitive. But that makes sense. His thoughts sometimes loop anxiously, maybe showing the strain of effort in a setting where one might be taken away to interrogation at any hour of day or night, or merely, like all of us, fighting oblivion; he’s also a composer, used to trying out phrases, noodling on the piano, testing for a motive’s validity, its mnemonic fitness.

Romantically no less than musically he needed and resisted constraints, dutifully adopting his group’s free-love principles while deeply yearning to have an exclusive claim on his Nita’s heart. More than once we follow his retrospective thoughts to the profusion of strewn red roses on Nita’s grave and the swiftly accompanying thought that they didn’t come from him.

Like a sweet, sad waltz figure in the middle of one of those slowly seething but surprisingly tumultuous symphonies, such hints are of the kind to leave us wishing for more, in this case for a fuller more novelistic treatment.

Consider this casually dropped line at the end of one late section: “he had his flirtations; well, more than flirtations.” Only on a second read, or at the very end of the first, when one might be particularly keen for more, would the charge be leveled that the idea for all this was too simple and that such big questions, such huge life experiences, were being thrown to us in a cursory, desultory way. For example, Barnes has Shostakovich remember falling in love with a young prostitute named Rozaliya but has him claim to have forgotten how it ended.

More compellingly handled are the long nights of waiting at the landing by the doors of his apartment building’s lift, dressed for and packed for death, or at least for interrogation/incarceration, hoping that his unavoidable arrest would not be seen by his wife and child. These are the longest nights he fills with reminiscence, getting ready to face an accounting, bracing himself for his unmaking, for meeting his unmaker. That unmaker’s arrival at the opening performance of Lady Macbeth of Mtsensk and his purely serendipitous, disastrous proximity to anomalously, nervously blaring woodwinds and panicky percussions are another well-rendered, well-chosen focal point for this haunting narrative. One strong (and until this year one would think needless) takeaway: The world doesn’t need any more Stalins.