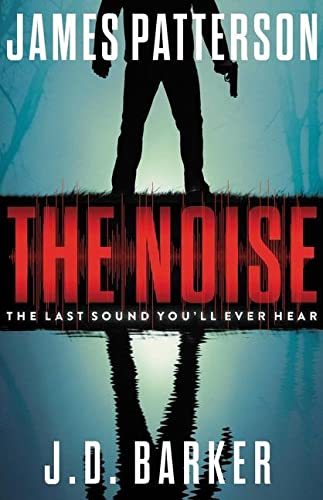 “Unfortunately, this novel has problems on several levels.”

Living deep in the middle of the Oregon forest, sixteen-year-old Tennant Riggin and her eight-year-old sister Sophie are fourth-generation survivalists. Their family is part of a settlement of just under two hundred people living off the grid in the shadow of Mount Hood. One fateful day, the two girls are out checking rabbit traps when they begin to hear a strange sound that grows louder and louder.

When the sound becomes a crescendo of screams, their father suddenly appears and sweeps them off to a storm cellar. But this is no ordinary storm, and when the girls finally emerge, Sophie’s behavior is deranged—and their entire village is gone.

Brought in under cloak-and-dagger circumstances as part of a team to solve the mystery of the anomalous force cutting a deadly path of destruction through the woods, Dr. Martha Chan quickly discovers that the military and intelligence personnel running the investigation are withholding vital information at every turn.

Why are victims congregating and running madly through the wilderness at speeds not humanly possible? Why are some of them suffering from temperatures normally too high to survive, and experiencing post-mortem spontaneous combustion? Why does there seem to be no solution to the problem, and why is it approaching the level of a national catastrophe?

The Noise is the second collaboration between megastar James Patterson and J. D. Barker, their previous effort being The Coast-to-Coast Murders (2020). While the first novel was a suspense thriller more in line with what we would expect from the Patterson machine, The Noise is a medical-type thriller with strong elements of horror and hints of supernatural suspense.

It is, in fact, the type of story we might expect from Barker, whose debut novel, Forsaken (2014) was an independently published finalist for the Bram Stoker Award, as was Dracul (2019). Stephen King, who read a portion of Forsaken before it was published, was an early influence.

Unfortunately, this novel has problems on several levels, most significantly with the story itself. Readers tend to expect the plot of a good thriller to progress from point to point to point along the storyline with some sense of forward movement as the main character(s) pursue their quest or solve their mystery or save the world.

Perhaps because he’s focused on the horror element here, Barker essentially gives us nothing to work with as we plow through the chapters. There’s no surprise when, in the early going, Lieutenant Colonel Fraser complains to Martha and her colleagues:

Amen to that, brother. We’d appreciate a bone or two tossed our way as well, as the “anomaly” continues to terrorize and destroy innocent people and soldiers and spooks and everyone else in its path. However, when we find ourselves only 60 pages from the end of a very long and drawn-out novel and someone cackles at one of Martha’s colleagues “You don’t know shit, do you?” we can only nod wearily and concur.

And then finally—finally!—when we get the explanation for everything at the very end of the story, it’s so ridiculously implausible that a spoiler at this point would seem like a bad joke. So let’s just not go there at all. It’s better that way.

The characters are nothing to write home about, either. We really want to like Martha Chan, a fiesty pepperpot with intelligence and a relentless desire to protect the two survivalist girls because they remind her of her own daughters back home, but Barker leaves her half-baked and underdeveloped, a frustrating echo of our own lack of insight into whatever’s going on.

The two girls, Tennant and Sophie, stop developing as characters once the army takes them into custody. We should learn things about the anomaly from Sophie, because she’s the most affected, but we really don’t. She creeps us out without getting us anywhere closer to comprehension.

Barker’s dialogue is also unrealistic, and he often uses long speeches as info-dumps rather than exchanges between characters that would suit their personalities and the context of the story. There’s more holding this novel back from the success its publisher no doubt envisions, but why bother?

Suggesting that this novel was the product of equal contributions from these two authors would seem disingenuous to the point of being dishonest. This is a Barker story, pure and simple, whether in conception, execution, or both.

Good for him that this publisher would hook him up with the top-selling name in the business. There would seem to be no surer way for a former independent author to rise to the top of the charts, and it would also seem to expand the range of “James Patterson” among the thriller sub-genres.

However, at some point the “James Patterson” brand is going to be negatively affected by bad stories from less-than-wonderful collaborators, and that’s exactly what we have here.

The Noise is a dismal failure. At the end of the day, the signal-to-noise ratio in this novel between good material and Walking Dead-style nonsense is so lopsided and discouraging that it’s just not worth soldiering on all the way through to the end.

Save your money for something more worthy of your valuable time.