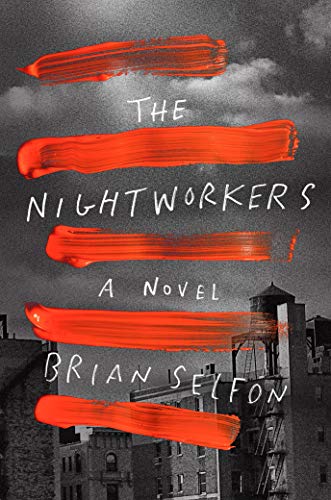 “Like the strongest authors in this genre, Selfon bares the effects of death on each of us. His dialogue is compelling, his plot actions and his images of Brooklyn’s underworld unforgettable.”

Crime fiction from the point of view of the criminal comes in varieties dark and deadly, or light and humorous. Stuart Neville uses Ireland’s “Troubles” for the dark version; Donald Westlake gave us lots of the “caper” kind.

Brian Selfon, in his debut The Nightworkers, steps into the lives of a family of Brooklyn money launderers and marks out new and risky terrain in varieties of love, affection, and loyalty. Consider this a working-class version of one little pocket of The Godfather.  Shecky Keenan, a bag man for the local prostitution and sex trafficking rings, has tenderly crafted a family that depends on him, and for whom he will do almost anything —get up early to make their special breakfast treats, for instance—while at the same time, almost innocently, involving them in his business affairs. Here’s his point of view:

“Family. Shecky Keenan once thought he’d never have one. But on the day before Emil’s murder, he walks into his home, wiping sweat from his face, and here they are, seated in his dining room. The cousins are both orphans, and though everyone in this room is mixed race, Henry and Shecky look white, and Kerasha, black. For Shecky this proved a point. The three of them are the family he glued together, and Shecky wouldn’t want any other.”

But good intentions aren’t enough to protect them, considering the vicious crime network depending on their services. And that part about Emil’s murder—that’s the death of a runner that Henry recruited, a starving artist who’ll do Henry’s errands in order to pay rent but who is an innocent with few self-preservation skills other than the ones Henry specifically teaches him.

At least, that’s what Henry believes, and it’s why he blames himself for Emil’s murder and digs into how and why it happened. In some ways it’s because Henry fell for Emil, a passionate love for the life that the artist represented. And then, because life is that way, Henry immediately brought Emil into the “night work” of the book’s title.

“Emil is tall and long-limbed, like Henry, but without the muscle, and his rounding stomach suggests a habit of late-night pizzas. He’s handsome, with his bold nose and his bedroom smile, but what catches Henry’s attention now are the paint stains. The yellow on the hands, the purple on his pants—this is a worker. A tickle in Henry tells him this is something he can use.”

In a series of time jumps, back and forward, and insight from others, including Zera, a detective with very personal reasons for trying to pry open the trafficking rings through watching the money, Selfon deals from a mixed and powerful deck of intimacy and loyalty. The Nightworkers wipes off the stage makeup of these crime figures and reveals their humanity, their longings for care—giving it and receiving it.

What Henry can’t know is that every step he takes toward discovering how Emil died, and why, is a step that may jeopardize his own family. Only Shecky knows the truths. And Kerasha, who sees herself as a spider, understands the web and how Henry’s efforts are causing all the strands to tremble.

Like the strongest authors in this genre, Selfon bares the effects of death on each of us. His dialogue is compelling, his plot actions and his images of Brooklyn’s underworld unforgettable. Ditch the title, which is a poor fit for the broad expanse of this stirring crime novel, and clear the calendar. A few chapters in, there’s no chance of putting down this book until the highly satisfying yet unexpected finale.