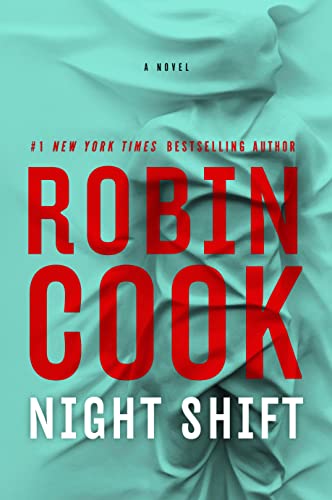 His mother-in-law has moved in with him, his young daughter has been diagnosed as being on the autism spectrum, his son’s school wants an ADD diagnosis, and his wife’s promotion to Chief Medical Examiner has turned her into a nemesis in some ways as she now expects her husband to no longer go rogue when investigating a potential homicide.

What’s a seasoned medical examiner to do?

For Jack Stapleton, whose irreverent style and sarcastic humor often get him into trouble, the answer is to find a very compelling case to dive into. And fate intervenes when the body of Dr. Sue Passero, his wife’s best friend, lands on Jack’s autopsy table. But even after the autopsy is completed, Jack is still at a loss as to how the seemingly healthy doctor died. Was it a drug overdose? A heart attack? None of the toxicology tests show that’s the answer. So Jack, trying to avoid the tension at home, starts investigating. He talks to Cherine Gardener, a colleague of Passero’s, who tells him that Sue believed there was serial killer roaming Manhattan Memorial Hospital, where the two worked together.

Gardener promises to meet Jack the next day to tell him more. And she does, but not in the way expected. Just as Sue showed up unexpectedly on his autopsy table the day before, now it’s Cherlne who is dead. Did she really die of a drug overdose? What about the witness who heard her scream, the sounds of fight, and a stranger fleeing down the stairs and out the door? Could she have been murdered to keep from revealing more about the death rate at the hospital? Jack’s good buddy, police detective Lou Saldano, suspects it was a homicide and warns Jack to leave the investigation to the police.

But Jack’s not good at following rules. And now the killer wants him dead, too.

Author Robin Cook, a medical doctor whose second book Coma, released in 1977, was a bestseller and made into a blockbuster movie, is considered to have created the medical mystery genre. In Coma and his other novels, Cook adds another layer to his plots as he has his protagonists grapple with modern medical issues and the role of private equity ownership putting profits over patients in the hospitals they run. Because of that, the killer in Night Shift easily gets away with his crimes and adds to the obstacles Jack encounters when trying to determine not only how the two women died and why but to stop future deaths including his own.

In Night Shift, Cook’s 37th novel, he shows that he hasn’t lost his touch.