The Network: A Jack Logan Thriller 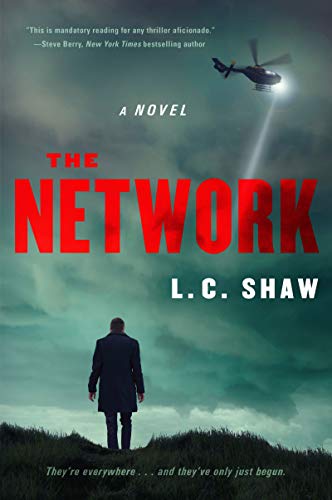 “an intense and action-packed roller-coaster ride of emotions that is filled with loads of political and religious suspense.”

Late one night, investigative journalist Jack Logan receives a surprise visit from U.S. Senator Malcolm Phillips at his New York apartment. Disheveled and in a panic, the senator swears that he’s about to be murdered and pleads with Jack to protect his wife Taylor, who happens to be the only woman Jack has ever truly loved.

Days later, Phillips is found dead in a hotel room in Micronesia, the apparent victim of an allergy attack. While the nation mourns, Jack and Taylor race to find the one man who knows the truth. As they’re pursued by unknown assailants, their desperate hunt leads them to the Institute, an immense facility shrouded in mystery that has indoctrinated a generation of America’s political and media power players. Led by the enigmatic Damon Crosse, the Institute has its tentacles everywhere—but Taylor unknowingly holds the secret to the one thing that Crosse needs to carry out his plan.

The Network by L. C. Shaw is the exhilarating debut of the Jack Logan thriller series. Shaw is the pen name of Lynne Constantine who along with her sister Liv Constantine, co-wrote the international bestselling psychological thrillers The Last Mrs. Parrish (2017) and The Last Time I Saw You (2019). A former marketing executive, Lynne Constantine holds a Master’s in Business from Johns Hopkins University, and The Network is her first solo novel.

“The tightening around his neck increased, and he managed to croak out a dry, wheezing cough. Staggering to the dresser, he felt around for another Epi and stabbed it into his other leg . . . This couldn’t be happening . . . Someone had tampered with the food and his medicine . . . Grasping the dresser, he pulled the hotel phone toward him as he fell to the ground. When he lifted the receiver to his ear, there was only silence.”

From the opening pages to the thrilling conclusion, The Network is an intense and action-packed roller-coaster ride of emotions that is filled with loads of political and religious suspense. Although the narrative is quite complicated, Shaw does an excellent job of stripping away its layers in a systematic and orderly fashion. The main characters Jack Logan and Taylor Parks-Phillips are engaging, and the plotline told both in the past and present is thought provoking with its secrets and lies and good versus evil themes.

“What exactly is Crosse’s endgame? Jack asked. Control. Manipulation. Corruption. He serves a dark master, and his mission is nothing short of the obliteration of all that is good. He wants to destroy the family, the individual, and most importantly, all connections to God . . . He considers himself a prophet—not for the benefit of mankind, but for its destruction . . . and the way to do it is to eradicate a clear sense of right and wrong.”

Overall, this novel has a little bit of Dan Brown-like style and content but is nonetheless captivating and easy to read. The suspense and intrigue is relentless from beginning to end. It has it all: political corruption, religious under tones, immorality, hidden treasures, historical artifacts, conspiracy, heart-pounding action, along with a cast of characters you’ll love and hate. The conclusion leaves the reader with a bit of a cliff hanger and certainly wanting more.