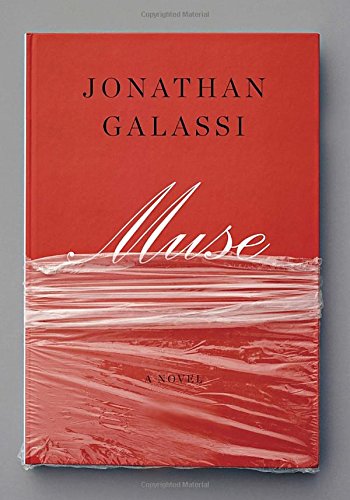 ". . . the reader is simply buoyed along with the characters and their slowly intersecting journeys."

A sense of belonging, class, ethnicity, the rumblings of a civil war that presages a world war and the machinations of the art world—could Jessie Burton have levered much more into the pages of this mesmerizing book? Oh yes, and she does so with such panache that the reader is simply buoyed along with the characters and their slowly intersecting journeys.

It’s 1967, and five years after arriving in London from her home in the Caribbean, Odelle Bastien still works in a shoe shop despite her talent for the written word and a burning ambition to use the intelligence that seems to be obscured to all by the color of her skin.

When she lands a typist’s job at the Skelton Institute of Art, she is fascinated by the aloof fifty-something Marjorie Quick who “looked like something out of Hollywood . . . her cheeks carved from a fine, honeyed wood.” Taking a like to Odelle, Quick reads one of her stories and successfully submits it for publication, triggering a brief if trusting relationship between the two very different women.

When the mysterious painting Rufina and the Lion” is brought to the Skelton for appraisal, the director is in awe of the picture, but when Quick claps eyes on this painting, she is visibly stunned. Odelle sets about finding out the truth about the picture and about Quick.

In a Spanish village in 1936, during the heavily loaded months before the civil war broke lose, we meet teenager Olive Schloss, newly arrived from London with her parents, the Jewish art dealer Harold Schloss, and his heiress wife, Sarah. Olive proudly reads again the offer of a place at a renowned London art school.

But “part of Olive’s problem was that she had always been used to secrecy; it was where she was comfortable, the point from which she began to create.” So she continues to conceal her achievement as she grows close to the two illegitimate siblings of a local landowner, Isaac and Teresa Robles, who work for the family. Almost inevitably she begins to fall in love with Isaac, a young, fiercely republican artist who is commissioned by Sarah to paint her with her daughter.

Olive refuses to reveal her own artistic talent to anyone but her dear friend, Teresa. But when the time to unveil the family portrait comes, Teresa switches the second-rate portrait her brother has completed with one of Olive’s masterpieces, “Rufina and the Lion.” Her motivation is ambiguous, but the impact is immediate. Isaac reluctantly goes along with the subterfuge at Olive’s insistence. Schloss sells the masterpiece in Paris and the career of a promising painter is launched, with Olive persuading Isaac to keep up the pretence and use the money for altruistic—or revolutionary—deeds.

As the revolution festers into life, neither the Schloss nor the Robles families are imune. “In Auschwitz or Hiroshima . . . the toll has been written in ledgers and carved on sepulchres. In Spain the Republican dead can be tallied only in the heart.”

But 30 years on, Odelle’s task of fathoming out Quick’s aversion to “Rufina and the Lion” is no less unpredictable. While the plot is fascinating and intriguing, with twists and unexpected turns at every stage of the two strands beginning to overlap, it is the characters, as finely drawn as a Robles/Schloss picture, that hold the reader firmly between the pages.

Burton enjoyed great literary success with her debut novel The Miniaturist. This new work is vastly better: well structured, beautifully written, and with a masterful handling of two story threads that slowly intertwine to weave the satisfying ending her first work perhaps lacked.