Mr. Nobody: A Novel 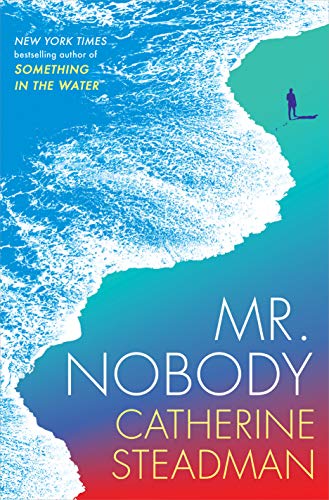 “A clever story with a well-written and worked out plot, a window into the world of neuroscience and a meditation on consciousness and identity, Mr. Nobody is well-researched and meticulously plotted. A suspenseful read.”

“No one becomes a psychiatrist by accident,” muses Dr. Emma Lewis as she speeds in her car, toward her patient, Mr. Nobody. Also known as “Matthew” and “Stephen,” Emma’s charge is a mystery man whose memory has been wiped from his brain by trauma and is the focus of a dizzying array of questions in the psychological thriller by Catherine Stedman.

In this opening scenario, which flashes forward in the plot, the question is posed: Why, then, did Emma become a psychiatrist? The rest of the novel squeezes out the answer to this, one hint at a time.

Racing toward the beach where Mr. Nobody was found months ago, stumbling around with no identity and no memory of his former life, Emma is determined to notice everything so she won’t make the same mistake this time. She wants to stop something awful from happening. What does she want to stop? This and other questions are posed in the first chapter of this novel—questions that provoke curiosity in the reader and lay the groundwork for the unfolding drama in this complex story.

Beginning with a view of the man himself from the inside as he comes to consciousness on a British beach, the reader is introduced to the experience of amnesia and comes up firmly on the side of the bewildered, lost man. Mr. Nobody, as he is later dubbed by the press— doesn’t remember anything about who he is, where he is or why—only the belief that his memories will return, eventually. The novel unfolds, answering these questions, while piling up more around every corner.

Lead consultant neurophysicist in a busy London hospital, a workaholic with a kind heart, Emma is experienced healing patients who have lost huge swaths of memory. But when the case of Mr. Nobody washes up on a beach, a leader in the field of neuropsychology contacts Dr. Lewis and gives her this career enhancing case. All she has to do is move to the small town she lived in with her family years ago.

Although Emma hesitates, she agrees to the mission and her reputation as a doctor and as a person is soon put on the line. The case becomes a press magnet, and as Dr. Emma begins to test her client and make diagnostic assumptions about his rare condition, she notices that he seems to know her (real, hidden) identity as well as details of her past that she has recently tried to submerge.

Little by little, details from both lives begin to emerge, creating personal harassment and danger for Emma, while questions continue to pile up about Mr. Nobody, whom Emma now calls Matthew. As Emma dodges the press to shield herself from her past secrets being exposed, as she learns more about Matthew, novelist Stedman answers selective questions she has posed about Emma’s secrets. As Emma jumps from diagnosis to assumption about “Matthew,” his guessed identity and agenda change like a chameleon. And against her better instincts, Emma is drawn to him and begins to care for him as a person and a man.

When at last he reveals himself to her, she is alone with him and in mortal danger. The novel then unfolds like an action thriller, the ending of a movie we’ve seen hundreds of times.

The resolution of Mr. Nobody rests on the best intentions of this doctor to heed the Hippocratic oath: Do no harm. In the last scenes, she has to balance that against her own safety.

A clever story with a well-written and worked out plot, a window into the world of neuroscience and a meditation on consciousness and identity, Mr. Nobody is well-researched and meticulously plotted. A suspenseful read.