Mother of Strangers: A Novel 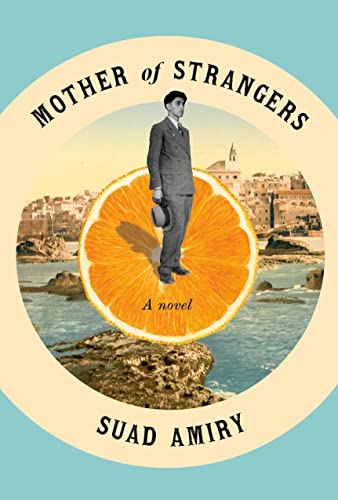 It is largely the story of what occurred in Palestine following the Balfour Declaration of 1917 when the British government supported the Zionist movement and the establishment of Israel as a “national home for the Jewish people,” on land that had been lived on by Palestinians, as well as Muslims and Jews. The British Mandate continued until 1948, leading to increased cruelty and violence against Palestinians, many of whom became refugees as their lives descended into an unimaginable hell.

Told through an Arab lens, what happened to Palestinians is shared with readers through the experiences of several families whose lives are intertwined. The main protagonist is Subhi, a 15-year-old young man when the story begins who is a gifted mechanic. He is in love with Shams, a 13-year-old girl he plans to marry when she comes of age. Subhi is a sweet guy who wants to be prepared for the marriage. Touchingly, he spends a day in which he visits a brothel led by his uncle and borrows money to buy “an English suit” like one the wealthy orange grove owner wears. The suit becomes a character itself as the story unfolds, as cherished as the coat Colline clings to in the opera La Boheme.

Subhi and Shams are real people in this Romeo and Juliet romance, as are the other characters in the story, which makes their experiences deeply moving. Subhi, for example, imagines himself as an elegant bridegroom in his new suit, “proudly standing tall next to his beloved Shams, the sunshine of his life, the most gorgeous girl in the world,” while his outrageous Uncle Habeeb insists on his sexual initiation with the best prostitute in town, for which Subhi is grateful.

The title “Mother of Strangers” derives from the city of Jaffa, so named because it had always welcomed strangers, but it also has further significance in the character of Rifqa, a Jewish woman who adopts Shams and her two sisters when they are fleeing persecution. She, too, is a real person, like most of the other characters in the story. Each in their own way enriches the tale of a time in which people suffered terrible tragedy and loss, yet retained their humanity.

A scene where Shams and her sisters are publicly confronted by social workers in a quest to find their lost family, is described as “maddening crowds [looking] like Judgement Day as described by Apostle John [nearly 2,000 years earlier]: I saw a great white throne, and Him sitting on it, from whose face the earth and the Heaven fled away. And a place was not found for them. And I saw the dead, the small and the great, stand before God. And the dead were judged the final judgment—the end of human history and the beginning of the eternal state.” It’s a stark testament to the utter inhumanity endured by the people of Jaffa and all of Palestine in the 1940s, and to their pain that continues today.

In a story that closely follows real people, Amiry offers a vivid account of a devastating time critical to the history of the Middle East, even as its conflicts continue. It reveals the destruction of a city and its inhabitants, the suffering of a culture, and the resilience of people who lived through it, which she shares in her epilogue. In the end, they are unforgettable.