The Mitford Murders: A Mystery 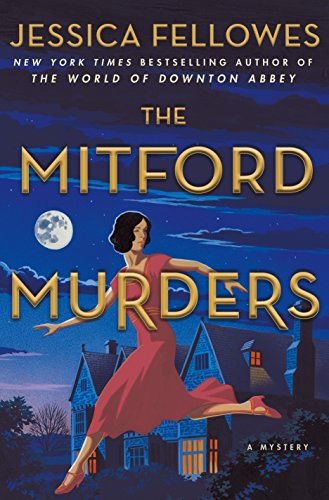 “The Mitford Murders is the first in what promises to be an absorbing mystery series.”

Recently demobilized from service as a nurse in World War I, and having inherited money from her sister, Florence Nightingale Shore is looking forward to a week at St. Leonard’s-on-Sea, and a long-awaited visit with her old friend Rosa Peal.

Florence boards the train at Victoria Station, wearing a new fur coat that was a birthday present to herself. But much to Florence’s surprise and annoyance, her “friend” Mabel Rogers appears on the platform waiting to help Florence with her luggage and settle her into her carriage. The whistle blows as Mabel departs the train. At the Lewes Station stop, Florence is found beaten and unconscious. She dies without revealing the identity of her attacker.

The mystery now unfolds in London as 18-year-old Louisa Cannon, fleeing a life of poverty, secrets, and exploitation inflicted upon her by her uncle, begins service as a nursery maid to five girls and a boy of the Mitford family. Louisa’s character is well-developed in the recount of her struggle to better herself by running from her past, and fear that her prior life will be discovered by her new employer, Lady Redesdale. Louisa’s determination to survive rings clear from the first time she is assigned to work in the quiet of the linen room.

“Louisa nodded. If she could, she would move in a wooden chair on which to sit as she darned, and breathe in the smell of the soapflakes to feel a little closer to home, though she had no desire to leave. Here, she felt safe. In this house she was cocooned from the harsh truth of what she could only think of as her real life in London. Nobody could get her here.”

Louisa settles into her position without incident, though guilt over leaving her mother behind to deal with her wicked uncle continues to haunt her. Practiced lying only accelerates rather than diminishes.

Nancy Mitford, the 16-year-old eldest child, possesses her own secrets and finds not only a friend in Louisa, but a confidant and aide in Nancy’s own clandestine plans to enjoy gaieties outside of her “cocooned” existence.

When Nancy reads about Florence Nightingale Shore’s murder in the newspaper and learns that Louisa was on the same train, the two become amateur sleuths and attempt to find the killer. Louisa’s love interest, Sergeant Guy Sullivan of the London, Brighten, South Coast Railway Police, joins the team and puts his job on the line after his superintendent forbids Sullivan from investigating the case.

The Mitford Murders is Jessica Fellowes’s debut novel. The book is based on a real family and the actual unsolved murder in 1920 of Florence Nightingale Shore, namesake of her famed godmother. The story takes a slow start because of the prologue that, instead of grabbing the reader’s attention, gives a laundry list of clues as if to say to the reader; “Pay attention to these facts—they are important.”

Fellowes’s plotting, however, is tight and the setting is vivid. Any reader that was a Downton Abbey fan can easily envision the grandeur of the Mitford manor and the upstairs/downstairs relationship that develops between Louisa and Nancy.

Several of Fellowes’s analogies are worth rereading and noting. For example, when Louisa and Sergeant Sullivan attend an art opening in Cornwall to find out more about suspect Stuart Hobkirk (Shore’s cousin and potential heir), Fellowes cleverly describes how the characters feel out of place at the posh gallery:

“He accepted a glass for himself from a waiter, Louisa refused, and the two of them stood about trying to look as if they were meant to be there, but feeling like potatoes in a bowl of roses.”

The Mitford Murders is the first in what promises to be an absorbing mystery series.