Meeting in Positano: A Novel 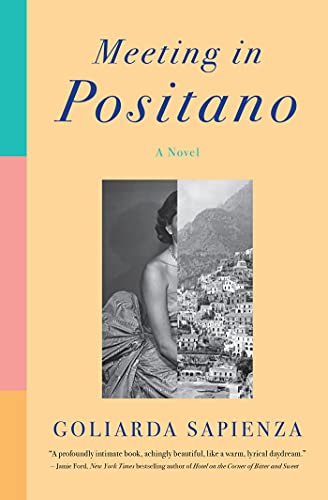 Meeting in Positano: A Novel by Goliarda Sapienza (1924–1996) is a disorienting experience for anyone who likes their fact and fiction to be distinct genres. Although it is inscribed very clearly on the cover as “A Novel,” it is perhaps better to think of it as a work of auto-fiction or memoir.

The narrator of the story is Sapienza herself, and her interlocutor throughout, “Princess” Erica, is based directly on a friend of a different name who also committed suicide. At the close of one of her long disclosures about her life Erica says to the then reluctant Sapienza, “Maybe with time, in twenty or thirty years you’ll write about me. Wherever I’ll be then.”

A detailed Afterword written by Sapienza’s husband and an elaborate timeline of key life events beginning with the birth of Sapienza’s mother further enhance the impression that this is more about fact than fiction.

Perhaps the most compelling and memorable character is the setting for this drama, namely the seaside village of Positano on the Amalfi coast with its extreme terrain and weather events, encapsulated in the phrase “the whitewater rapids” of Positano’s stairways in the rain.

Sapienza visited many times and regarded the village as a spiritual retreat. Her initial visit to Positano in reality as in the book was in the 1950s in connection with a film she was working on, though the book itself was not finalized until 1984 and was never published in her lifetime.

For Sapienza (nicknamed Iuzza) it is a case of infatuation at first sight with the woman the villagers call “the Princess.” This develops into a mutual but not sexual intimacy. The substance of the book is provided by conversations, confessions, reminiscences that take place, between the two women, dominated by Erica’s recollections of her childhood, her sisters, her relationships with her father and her husbands.

Other village characters come and go and are not for the most part developed in any detail, other than that most of them seem to be good-looking; Nicola; Giacomino (father and son); Irma & Edna (American or Australian); Nunziatta, the faithful housekeeper, come and go in the narrative. This cast is enlarged from time to time by some passing figures from Sapienza’s work or home life in Rome.

The two women met on the island over what seems to be a 30-year period with sometimes gaps of several years between their meetings that did not spoil their old intimacy despite occasional stand-offs, often marked by Erica asking Iuzza to grow up and give up her childish nickname and personality.

This is a “novel” of atmosphere characterized by movement forward and backward through time and space, dominated by Erica’s reminiscences interspersed with real-time events, which get re-interpreted by the villagers to suit their self-image, and to preserve their image of their princess. Perhaps this reflects Sapienza’s own ambivalence about this narrative?

It is the trance-like state of Positano, transformed in reality to an overcrowded tourist destination that Erica and Iuzza would have hated, that lingers in the mind after reading.