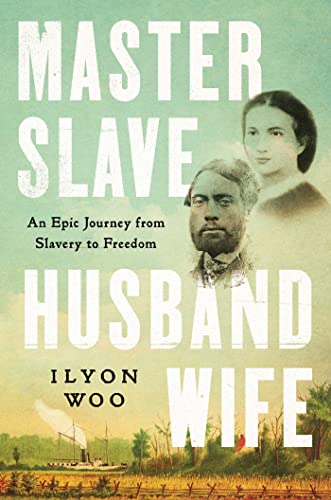 “The resilience of the Crafts, their determination not to allow racism to break their spirits, is the human core of their story . . .”

The story of William and Ellen Craft’s daring escape from slavery in the Deep South and their subsequent roles as pivotal figures in the international abolitionist movement, and as advocates for their people during Reconstruction, is an epic tale, a Black American odyssey. It encompasses all aspects of slavery and racism in the United States: the cruelty of the system for each person in bondage; its destruction of Black family life; its violation of Christian principles in a nation supposedly formed “under God”; its constitutional sanction under Article IV; its acceptance, by Northerners and Southerners alike, of the assertion of the racial inferiority of the Negro.

The social and cultural fractures that slavery embedded in this country have not been healed, as is now evident from the polarization between the Black Lives Matter movement and its antagonists on the far right.

The Crafts escaped by exploiting the prejudices and assumptions of their enslavers. Ellen, an octaroon sired by the white owner of her mother and owned by her half-sister, costumed herself as a white male planter suffering from numerous physical ailments. Her husband, a carpenter, posed as her slave and accompanied her as they traveled by steamship and train from Georgia to Philadelphia in plain public view. This arrangement, in addition to fooling southern whites, rebutted the idea of white supremacy while also parodying it.

Their journey lasted four days and launched them on a life-long career as activists seeking justice for themselves and their people.

The Crafts’ story has been told before and is well-known by historians, but not by the general reader. In Master Slave Husband Wife Ilyon Woo gives us a deeply researched account of their life stories and the social and political circumstances shaping them. Her account is based on William Craft’s memoir, Running a Thousand Miles for Freedom, published in 1860 on the eve of the Civil War.

The Crafts’ narrative is brief, a mere 64 pages, and provides a thin framework for Woo to work from. She has fleshed it out with biographical details about the Crafts and their owners, and about the people who helped or hindered them on their long crusade for social justice. She has enriched their story with explanations of the social and political currents swirling around the slavery issue in the buildup to the Civil War, and with profiles of key players, such as Daniel Webster, William Lloyd Garrison, Henry Clay, John C. Calhoun, and President Millard Fillmore, who all had to deal with the Craft phenomenon.

Two years after their escape, passage of the Fugitive Slave Act as part of the Compromise of 1850 forced the Crafts to leave America for England, where they became international celebrities and were educated. The difference between their treatment in England and their treatment in the U.S.—both North and South—points up the importance of the slave economy to the prosperity of America during its antebellum years. Planters in the South and merchants in the North all profited from the free labor of Negroes and thus found common cause. While many Northerners professed to abhor slavery, they had a political as well as economic interest in perpetuating it to preserve the union and their own welfare.

No such consideration prevailed in England. Hence, English opposition to slavery was more principled and less qualified. Humanitarian concerns—the evil of enslaving another human race, even a supposedly inferior one—took precedence.

Except for a coda that briefly summarizes the last 30 years of the Crafts’ lives, Woo’s narrative ends with the couple settled in England, with Ellen raising their four children while William conducted business and continued his activism. Woo steers their story into a celebration of Ellen’s emancipation as both a former slave and a woman. She holds center stage in the narrative, giving it a feminist slant.

But the last long chapter of the Crafts’ lives is perhaps the most remarkable. After the Civil War, they left the comfort and security of their life in England on a mission to help their recently liberated people in the Deep South. With funds that they had saved and more that they raised from supporters in the North, they purchased a plantation in South Carolina and ran it as a collective farm and school for Negroes.

When night riders burned them out, they acquired another plantation near Savannah and repeated their experiment. White farmers resentful of their success spread slanders about them in Boston, where William had secured financial support. He lost a libel suit, his funding dried up, and the Crafts were forced to close their school. They continued farming, and eventually retired to Charleston to live with their daughter and her physician husband.

The resilience of the Crafts, their determination not to allow racism to break their spirits, is the human core of their story, a model of what Hemingway famously called “grace under pressure.”

Their story is a reminder for us of the resilience of the Black community in our country’s long history, and of their many contributions—in music, in the arts, in sports, in entertainment, in cuisine—to our cultural life. America would be a different country without them. A diminished one.