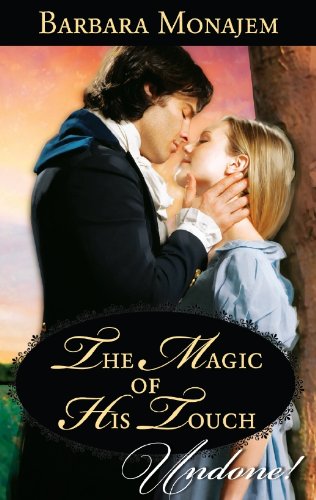 It’s May Day Eve in Warwickshire and Peony Whistleby is desperate. The Earl of Elderwood is coming to call, and she’s been ordered by her aunt to throw herself at him since he may be her last chance before spinsterdom sets in.

All her life Peony has been told she’s too tall, too thin, has no personality, and is generally a dud where men are concerned. Her belief in magic is also considered a severe character flaw.

Of course Peony falls back on that belief to aid her. As the sun rises on May Day, she sets out to perform a ritual guaranteeing her success in this amorous endeavor.

The custom of a young woman rolling naked in May Day morning dew has been given a most definite twist in these novelettes comprising the two entries in the May Day Mischief series.

Accompanying the Earl of Elderwood is his friend, Sir Alexis Court, coming to visit his betrothed Lucasta Barnes, Peony’s cousin.

Alexis is as much a skeptic as Elderwood is a believer in magic, so when his friend suggests they separate in order to find Whistleby estate’s enchanted meadow, Alexis plans to just wander about a bit then call out failure.

Instead he happens upon enchantment . . . in the form of Peony rolling naked in the dew. His only thought is to get her clothed and home before some unscrupulous cad—like his friend Elderwood—also sees her. Peony’s main reaction is anger because he interrupted the ritual.

What neither will admit is that the ritual hasn’t been interrupted . . . it’s been fulfilled, for according to the myth, the only man who’ll appear in the meadow is one’s true love.

Lucasta Barnes has no desire to marry. She simply wants to continue her research into debunking myth and superstition and have it published.

Her engagement to Alexis is merely a shield arranged with his consent to keep persistent suitor Elderwood, away, and ward off the women Alexis’ mother pushes at him.

It’s a shock when she discovers Lord Elderwood wandering in the forest as she goes to the meadow to make certain her cousin Peony is safe while she pursues her harebrained scheme. Meeting the man who caught her performing that same ritual three years before—in an attempt to prove it untrue—wasn’t in her plan, especially since she’s been running from him ever since.

The Earl is accustomed to having women fawn over him. After all, he’s been told he has fairy blood so that means he’s irresistible. He loves Lucasta. So what if she’s engaged to his best friend? She belongs to him . . . by decree of the magic of May Day.

Here the story takes a Midsummer Night’s Dream turn. Two couples, very obviously unsuited to each other, abruptly discovering they yearn after their friends’ intendeds . . . and all being either too stubborn or too honorable to do anything about it. What’s a lovestruck young man to do? Or a lovestruck young woman, for that matter?

One thing’s for certain: sometimes magic works best on those who don’t believe.

Witty Regency dialogue and a very entertaining tale are contained in these two novelettes, which should be read in tandem in order to fully appreciate the plotline.

Each book gives a Rashomon-like twist to the same incidents, told from the viewpoints of the four persons involved. Ms. Monajem’s research into ancient British superstitions as well as her uses of Regency-era turns of phrase make these two stories a delight.