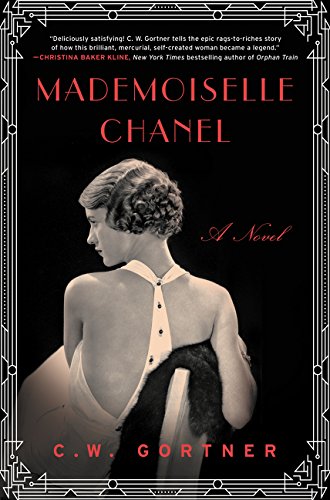 In this enticing historical novel about the French designer Coco Chanel, Edith Piaf meets Maria Duenas’s heroine in the well-received and compelling 2014 novel, The Time In Between.

Like Piaf, Chanel was born poor and raised by women other than her mother. She became a torch singer in a frantic attempt to escape poverty and went on to become a famously independent woman in pre-World War II France. Like Duenas’s main character, she earns her living as a seamstress and becomes involved with some of Nazi Germany’s leading men, landing on her feet after the war.

Coco Chanel, at least in this rendition, is not an easy woman to like, but she is a woman to respect, even if what drives her is pure ambition. Innately a survivor and entrepreneur she was a model for women of her era who wished to live self-sufficient lives free of male domination. She had an unparalleled sense of elegance and became extraordinarily rich because of her originality and grit. Who can forget the Chanel Suite, the black quilted handbag or the “little black dress,” not to mention Chanel No. 5?

On the seamier side, she was addicted to sex, drugs, and having her own way. She also colluded with the Nazi regime to satisfy her own aims, and in this telling at least did not seem to shudder very much at the rabid anti-Semitism of her friends and lovers.

This is a well-researched and well-crafted historical novel that leaves the reader satisfied on many levels. It is, as one critic put it, “richly imagined,” and tells the story of a complicated woman with verisimilitude.

Gortner is clearly taken with his subject and spares nothing in telling her epic tale. In so doing he gives us a good glimpse into the legendary woman’s psyche, revealing as much about her self-doubts and fears as he does about the conniving machinations that ensure her success. It might be said that he is one of the many men she enthralls, even posthumously.

“My life didn’t please me,” Gabriel “Coco” Chanel once said, “so I created my life.” Like her liberating fashion creations, so free of constraints, it was a life inspired by risk-taking, visions of freedom, and filled with tasteful opulence.

She did have help.  It came from many of the men who adored her, but no one more beloved by Coco than Arthur Capel, a wealthy Brit whom she called by his nickname, Boy. He became the love of her life and losing him in an automobile accident many years after they’d been together nearly destroyed her.

But Coco pulled herself together, threw herself into her work, and reinvented herself again—something she would be required to do more than once in her life. In the process she came to amass a fortune, compete with such fashion luminaries as Schiaparelli, and to mingle with everyone from Russian royalty to Winston Churchill.

During the war years, Coco survived in Paris, having closed most of her shops and lost much of her money. When she was threatened with arrest for her alliance with her German lover she fled to Switzerland where she lived for 10 years. Upon her return to Paris in 1954, her fame and fashion wilted in Europe as Dior ascended the fashion throne. She was saved by the American magazine Vogue, which found her new work intriguing and helped resurrect her reputation abroad and later internationally.