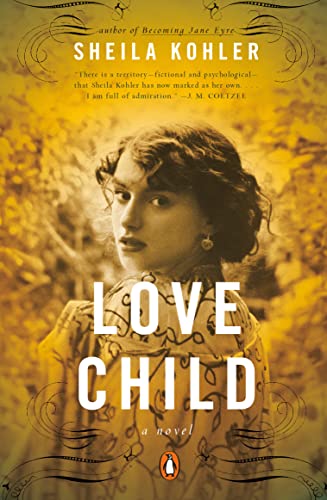 “Ms. Kohler’s work should not be overlooked, as it holds open a vista of a whole new generation of filmmaking in, and about, South Africa.”

With her relatives hovering around her, all eager to be apportioned a part of her ample estate, the lead female protagonist of Love Child: A Novel must, on the urging of her lawyer and other family members, draw up her will. The novel, partly set in 1956, has Bill having to choose between her brother and sisters who depend on her to supplement their inadequate incomes due to their extravagant lifestyles, or her two sons, who appear to be judgmental of her (as are most adolescents of even the most well-meaning of parents). She’s in a tight corner, forced to reflect on her past.

In 1925, reared in a middle-class home in a socially segregated suburb of Johannesburg, of whose restrictive mores she yearned to be free, she fell in love with Isaac, a Jewish colleague of her father’s, who worked for De Beers appraising diamonds. Realizing that the bigotry of her parents would prevent her from marrying Isaac, she eloped with him to her aunt’s home in Kimberley. Her failure to foresee that her aunts, coming from a similar background to that of her parents, would be just as prejudiced as the latter is the couple’s undoing, leading to her parents’ hasty arrival to save Bill and their family from certain social ruin and disgrace.

The narrative progression of Love Child then jumps forward to a decade later, when Bill lands a job as a companion to a wealthy but depressed woman, who is emotionally stifled by her overbearing and demanding husband. Her landing in the lap of luxury has its price, though, which takes its toll upon her on a range of levels that are starkly revealed in Sheila Kohler’s clear and lucid prose.

That the major characters in Love Child are all basically inadequate, lacking emotional maturity and depth, can be seen in the light of their circumstances as figures that are set against the backdrop of apartheid South Africa. Those who accept the status quo as is are unable to come to a profound understanding of their own makeup, as the stereotyping of individuals resulting from racist and cultural prejudices limits the development of one’s own psyche. It is only by stepping outside the mold that the characters stand any chance at all of being able to realize their potential as thinking, caring human beings.

The superficiality and egoism of the major characters in Love Child is sharply contrasted to the warmth and well-roundedness of the servants, who are seen as being able to retain their integrity and perspective despite the daily humiliation to which they are subjected.

The depth of Ms. Kohler’s writing in Love Child: A Novel is unsurprising, given that the author has won two O. Henry prizes, an Open Fiction award, and a Willa Cather Prize for previous works of fiction. The strong potential that the current novel has for being turned into a screenplay can be seen in the light of Ms. Kohler’s previous novel, Cracks, which was nominated for the Impac Award, having already been made into a movie starring Eva Green. In short, Ms. Kohler’s work should not be overlooked, as it holds open a vista of a whole new generation of filmmaking in, and about, South Africa.

Lois Henderson has lectured on literature at Vista University and the Technikon SA, and edits articles and dissertations at Stellenbosch and Walter Sisulu Universities in South Africa.