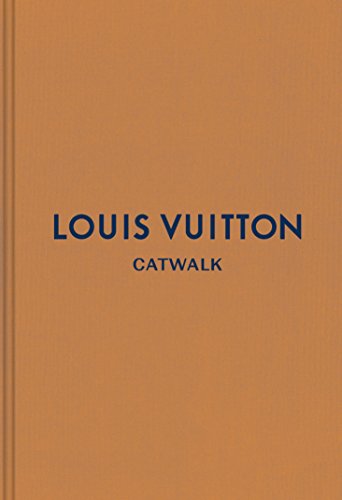 Before even opening the book what struck this prospective reader is that barely any other designer/brand has been afforded such a comprehensive “catalog” of each and every one of their collections. The only other one that comes to mind is Christian Dior, but that was a designer and later a brand with almost three-quarters of a century of fashion history. Both LVMH . . . coincidence? Unlikely.

Once you get past the physical enormity of the book, which is over 600 pages, the reader is almost swallowed up in the amount of imagery presented collection by collection since the birth of a ready to wear collection under the brand’s label. The text is thankfully kept to a minimum but it is within the introduction that the truths of the brand are laid out for the reader.

“Louis Vuitton had no silhouette and no signature fabrics, save for the coated canvas. . . . The role of designer at Louis Vuitton has been circumscribed only by their own imagination.” —Jo Ellison

The quality of the book is undeniable as is its inclusiveness is daunting but what becomes quite striking is that the clothes still have no identity, and that the book is filled with wildly expensive and forgettable fashion aimed at less than 1% of world’s population. Without the logo there is no Louis Vuitton as it is that logo and the handbags that make the brand as ubiquitous as it is on an international stage.

“What I could achieve was only possible because it was Vuitton. I’m not downplaying or downsizing the contribution, but without the iconic name and that iconic monogram I’m not sure it could have reached these proportions, that scope, or that reach of desire. You can’t simulate that without the monogram.” —Marc Jacobs

No matter how many pages are written and how many designers there may be for the life span of this brand, its recognition is due solely on its reliance to that logo. Even the designers themselves take a back seat to that logo as the clothes are distributed mainly in Vuitton boutiques and within Vuitton owned boutiques within several department stores.

The informed reader will come to understand that Vuitton is no Hermès and has limited its appeal to its reliance on almost anything but the clothes. Hermès has evolved to invoke a luxe and minimal sort of approach for their apparel while Vuitton is still without signature looks (constantly trend after trend that this reader takes as insecurity), no signature shoes or fabrications aside from anything that bears a logo. The difference between Hermès and Vuitton is immense.

“The Vuitton client is an extroverted soul, little interested in stealth. They like their bags. . . . And, by that token, their scarves, their coats, their hats, and their key fobs to announce themselves.” —Marc Jacobs

The book in its entirety is unquestionably a vanity piece, which in the end really doesn’t say much about the brand except that the collection text is mostly regurgitated press releases and one or two lines excerpted from a past review, which speaks to the designer of the time rather than the brand. The sizable tome is certainly not invaluable but it does serve as an object lesson that with enough money, behind the scenes capabilities and great management, any brand can be built into a powerhouse simply by employing its most obvious asset —its logo—and then pouring money into it by the boatload.

Not so long ago the powers that be at Gucci stated that they were not interested in selling logo merchandise and yet in its latest incarnation, Gucci is so heavily reliant on its logo that it would be like saying buildings don’t require framework. . . . Get it?  Both brands are sort of akin to the fairy tale of The Emperor’s New Clothes.

P.S. If you are a diehard fan of Marc Jacobs or Nicolas Ghesquière, then this is a book you must own.