The Little Teashop on Main 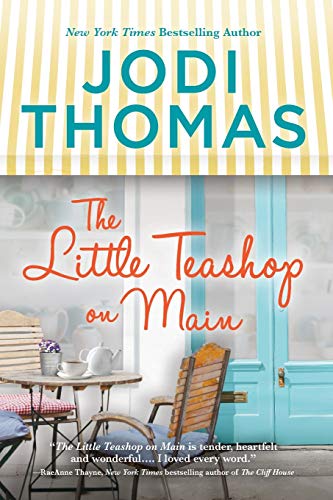 Many little girls love parties, and in 1988 Zoe O'Flaherty, age five, is about to enter kindergarten. Her single-parent mom Alex invites two children over for afternoon tea to introduce them before school is due to start. Zoe, an energetic redhead with big blue eyes, loves drama and excitement and looks forward to making friends.

The first to arrive is Emily Waters, a sprite of a child with long brown braids and a tear-stained face. Introverted, she hides behind her overprotective mom who shows condescension upon entering the O'Flaherty's little house.

Zoe immediately puts Emily at ease as the third girl, blonde-haired Shannon Morell enters, delivered by her dad, Air Force Master Chief Mack Morell. Shannon too, is tear-faced, not because of timidity, but because her mother just left them.

Not one to let a party become maudlin, Zoe soon has them giggling and enjoying their afternoon. Before the day is over they vow to be best friends forever and hold regular tea parties. This is how the three become inseparable, keeping their tradition alive through the years.

During the passing years, Emily and Shannon practically live at the O'Flaherty's. Shannon stays there when her father is away on his many missions, and Emily spends time at Zoe's mostly to get away from her domineering mother. Alex and Mack form a strong friendship, though Alex, with a harrowing history, refuses to get close to anyone. Mack, bitter at his ex-wife, has no desire for a relationship.

At 15, Emily, out walking one night, gets hit by a car, leaving her with injuries. Fuller Wilder, a local boy, from the "wrong side of the tracks" comes to her aide summoning help. After being released from the hospital, Fuller is drawn to Emily, wanting to protect her as her already fragile existence becomes more delicate. Knowing he is no match for her with being raised by a drunkard and his livelihood as a mechanic, he is compelled to watch over her—surreptitiously, of course.

Soon, the girls are about to graduate from high school and start new lives. Zoe, dreaming of becoming a famous actress, heads to New York City to acting school with the hope of being on Broadway. Emily, suffering from depression and still dealing with an overbearing mother, goes to the Northeast to a religious college with the thought of being a missionary. Lastly, Shannon follows in the footsteps of her dad, enrolling in the Air Force Academy along with a good friend, Jack Hutchinson, who is a year ahead of Shannon.

This light read overflows with sentiment describing the friends as they grow to maturity. Though separated by miles, their bond is unbreakable, and when they find themselves in the same place at one time, their ritual of meeting for tea and sharing stories is the highlight of their connection.

This contemporary novel reveals Jack at the cemetery observing two of the now-grown women holding their Forever Tea, considering:

"Three women pledged together in friendship. Two of them now saying goodbye to one they've loved closer than a sister.

"Maybe I should tell their story. Maybe I'm the only one who can. After all, I'm the one who loved all three. Always have. Probably will through eternity.

"But I don't fool myself. They don't belong to me.

"If anything, I guess, I belong to them."

From this forward, the story transitions back to 1988, where we can glimpse at not only the three friends, but also the supporting characters, Alex, Mack, Jack, and Fuller, who play an integral part in the girls’ coming of age, adding more dimension with their roles. Each offers their own voice along with their anxieties, sorrows, and happiness. Heart-wrenching as well as heartwarming, the book reflects the experiences of these seven multifaceted and compelling characters as they journey through challenging years together.